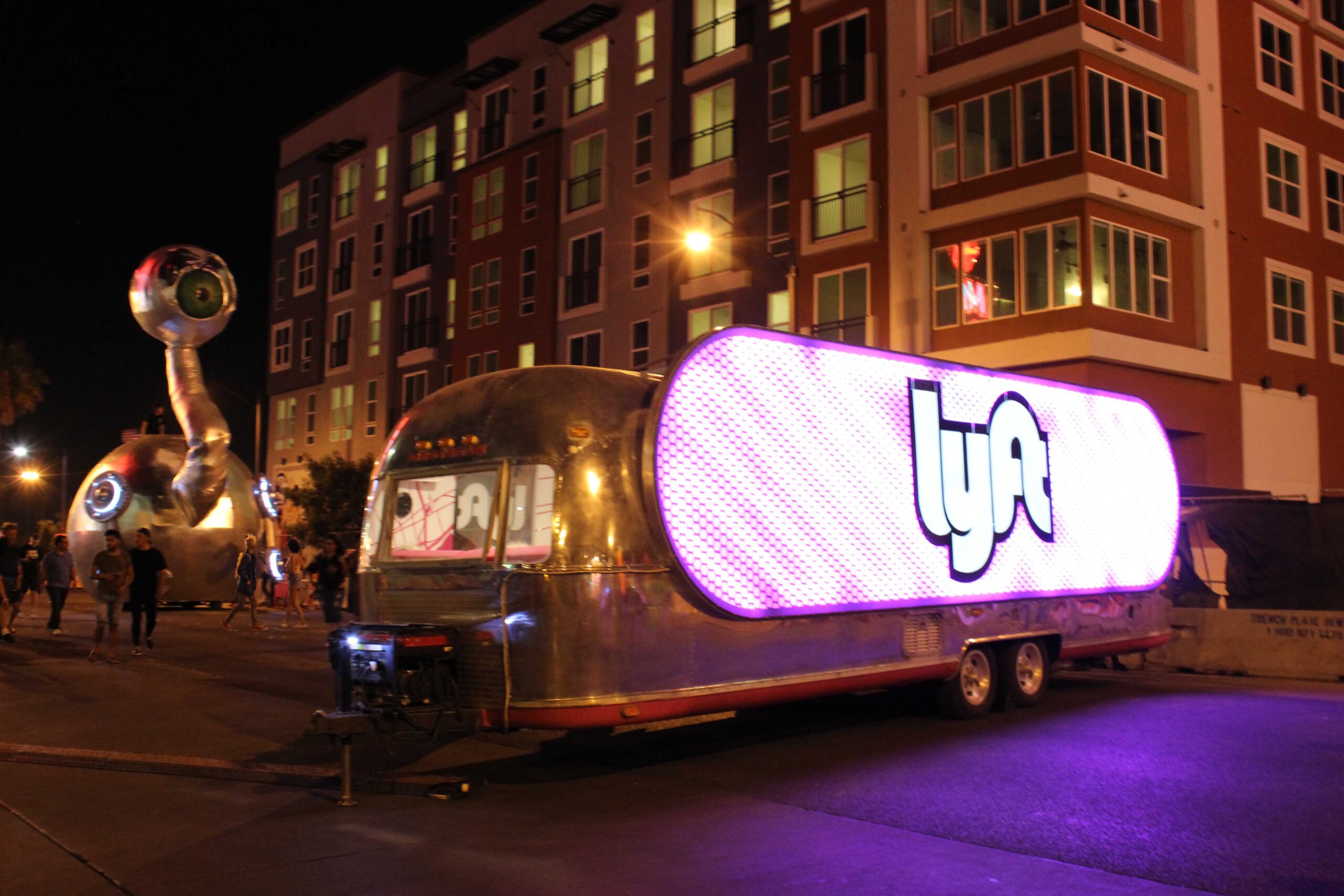 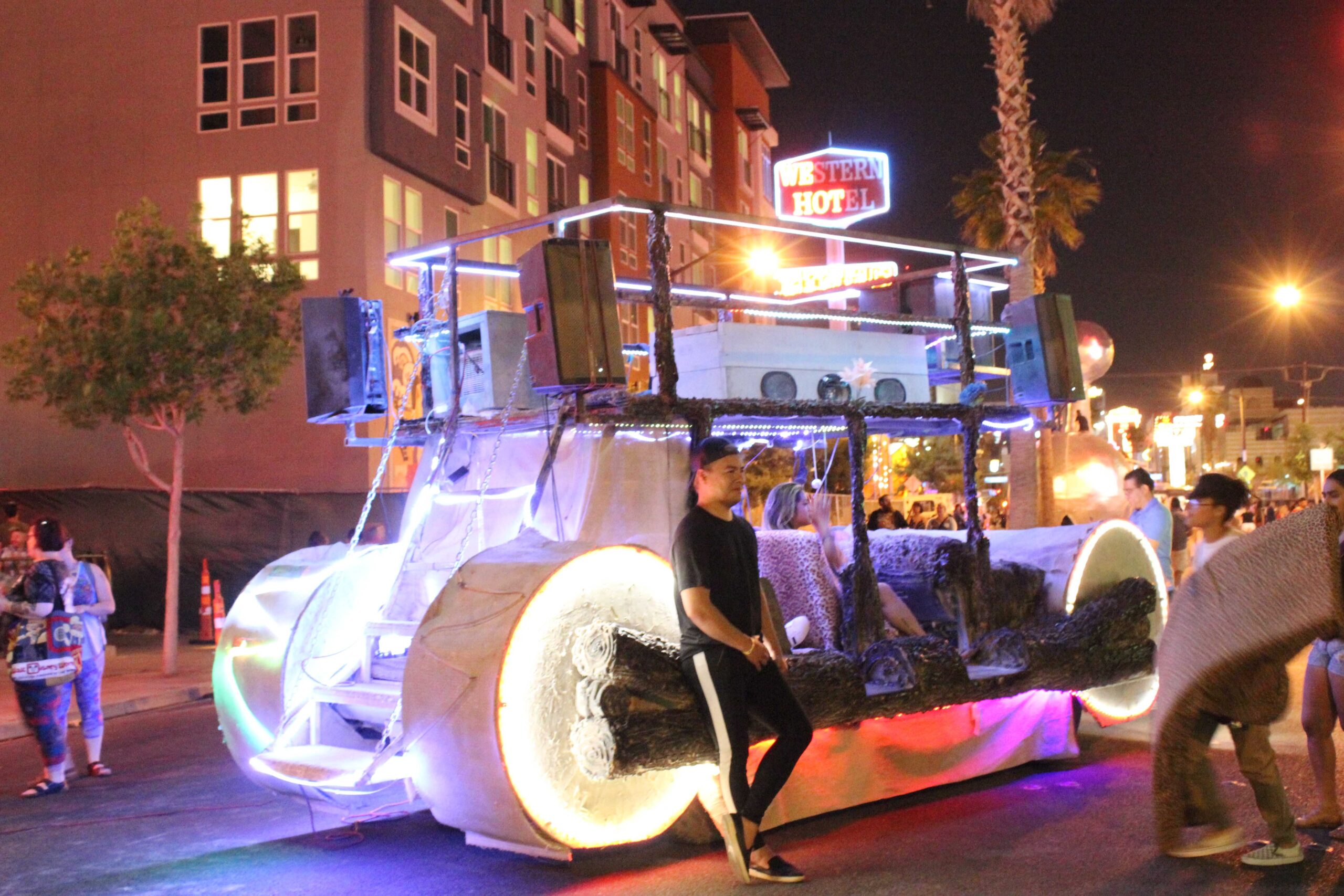 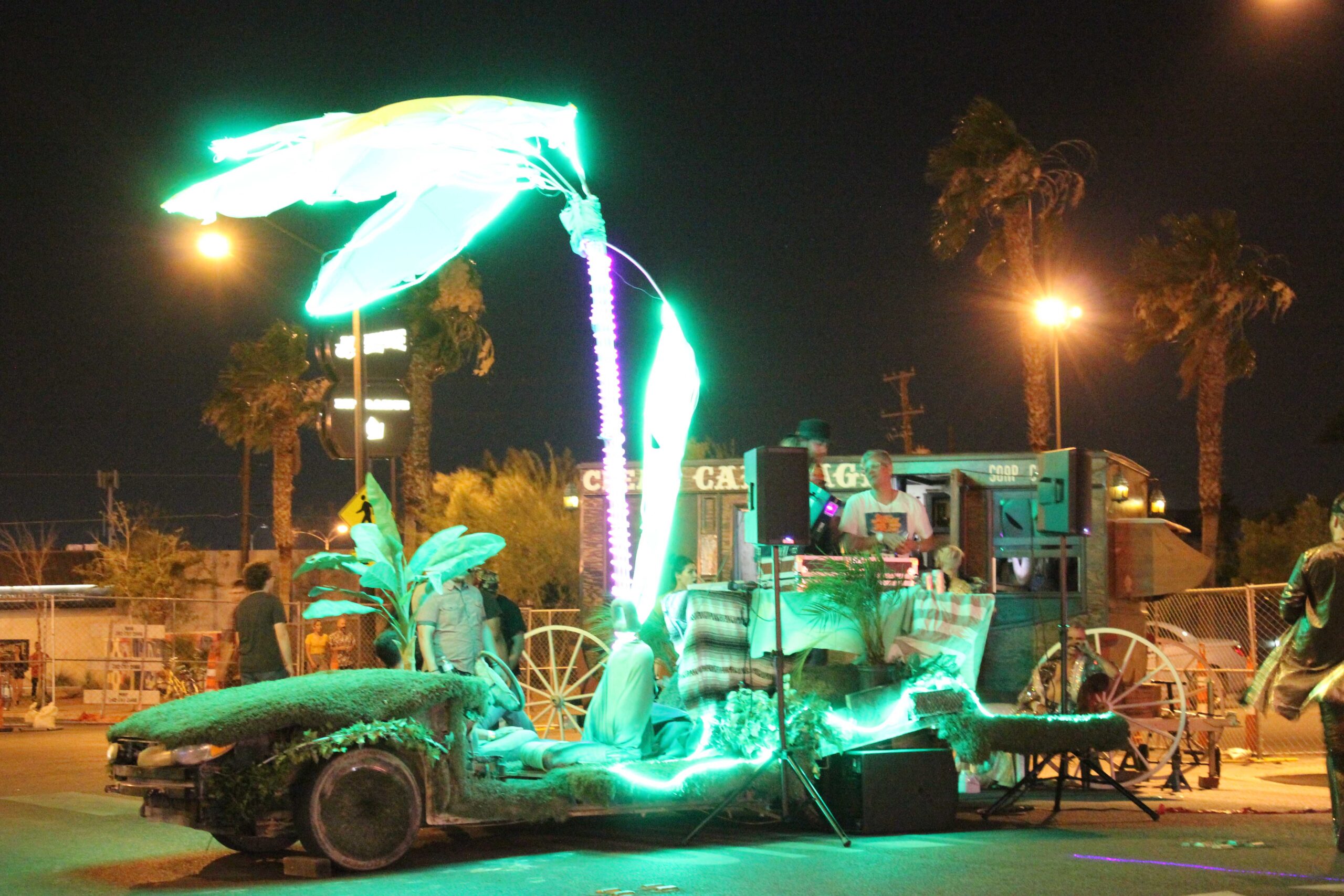 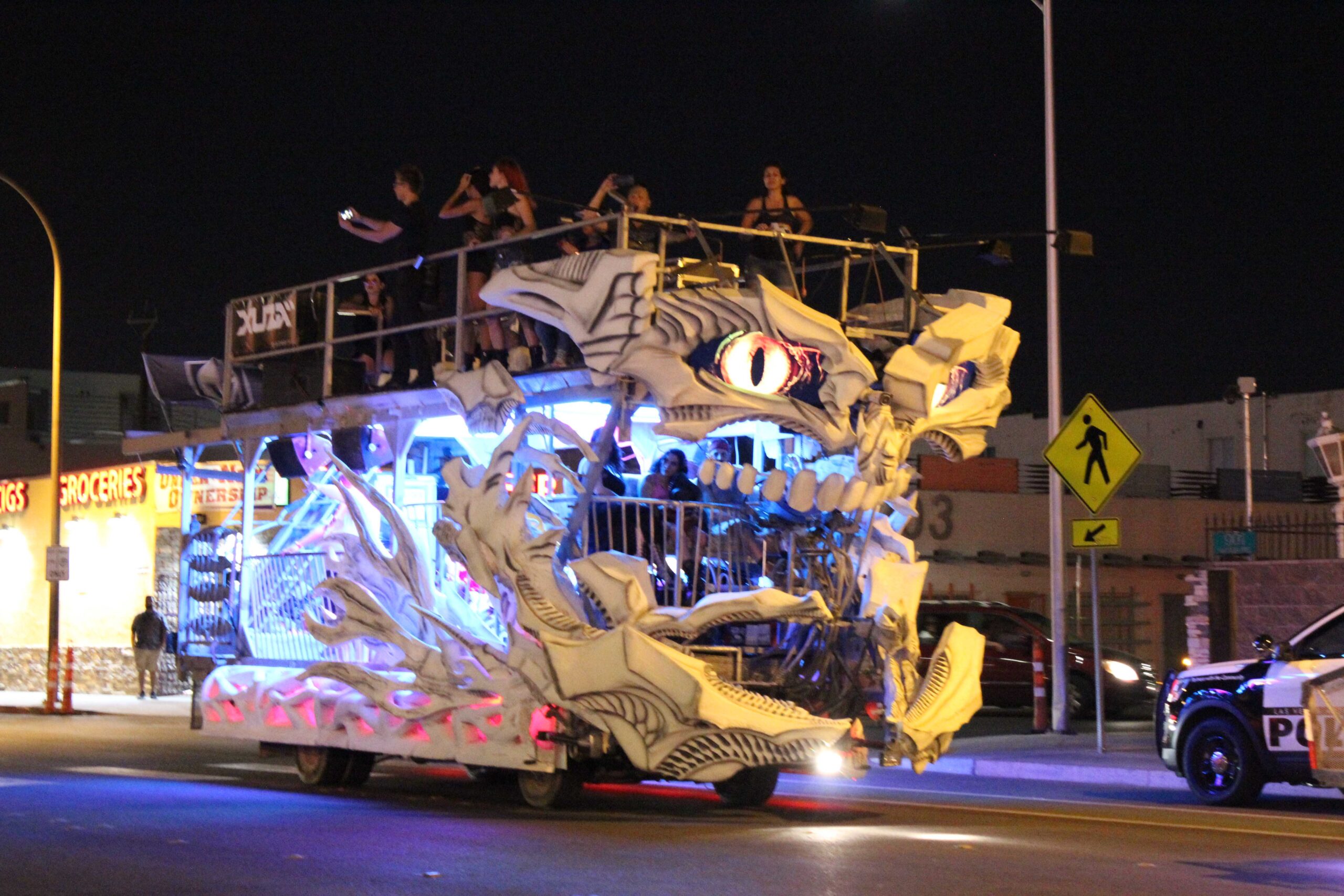 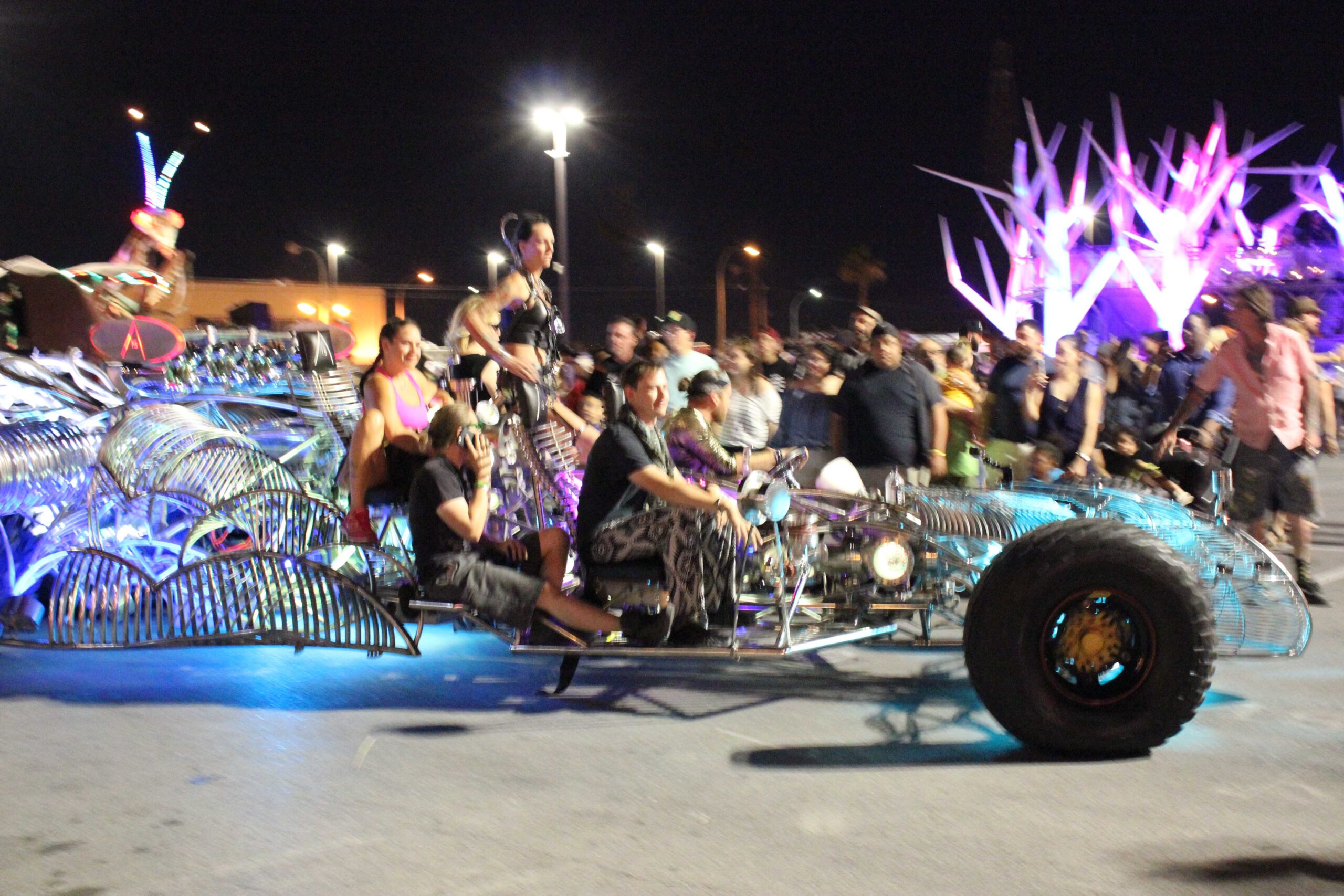 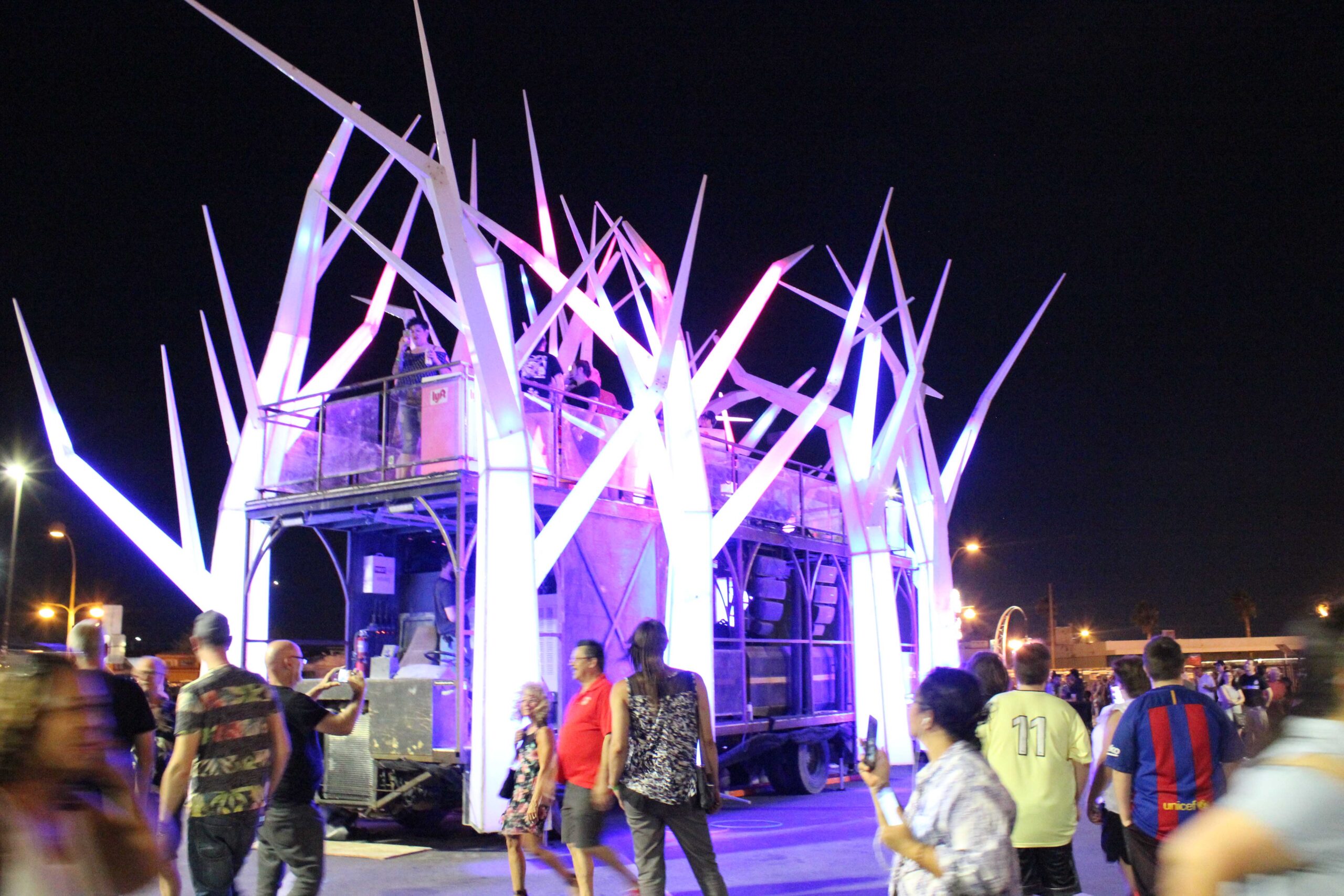 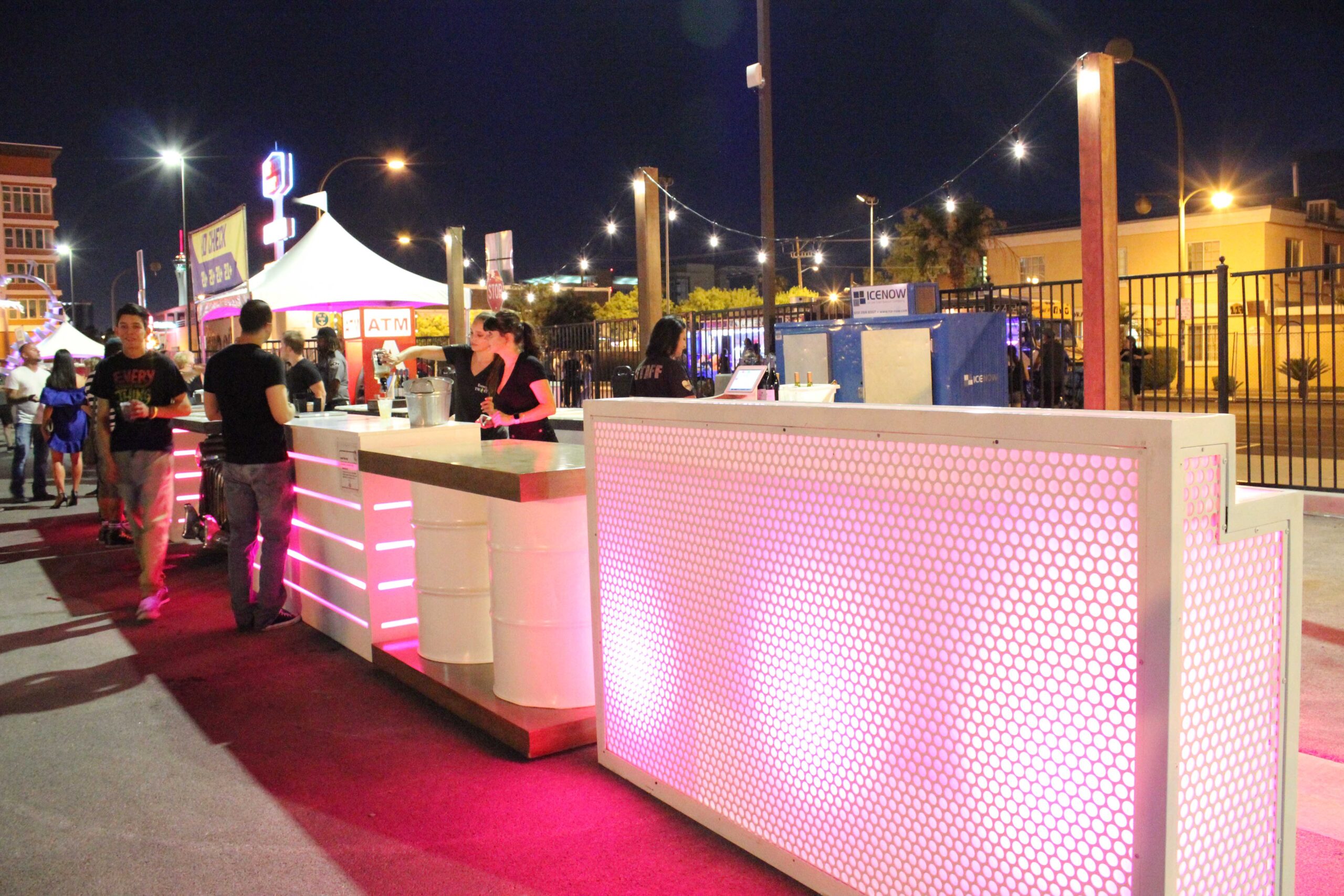 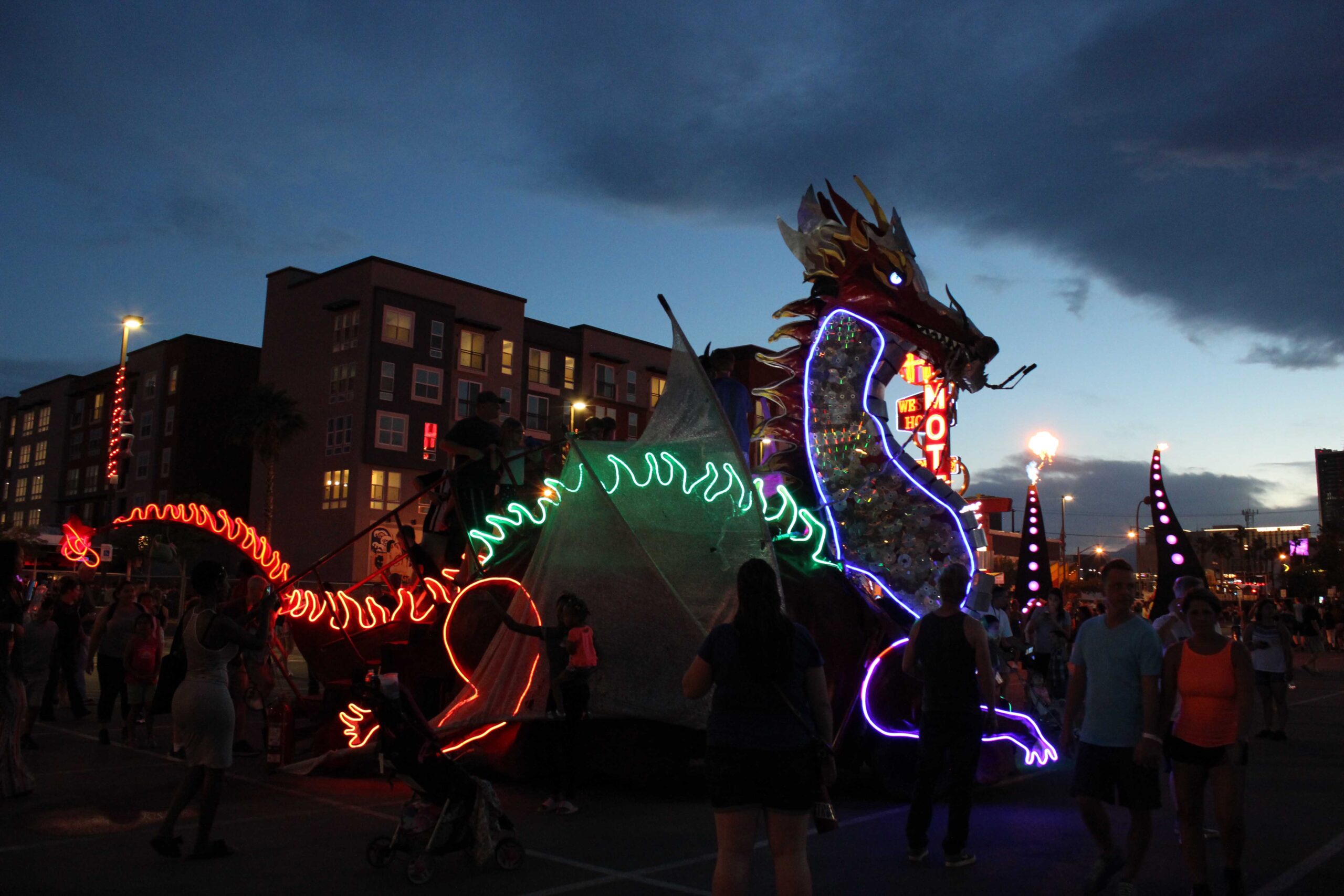 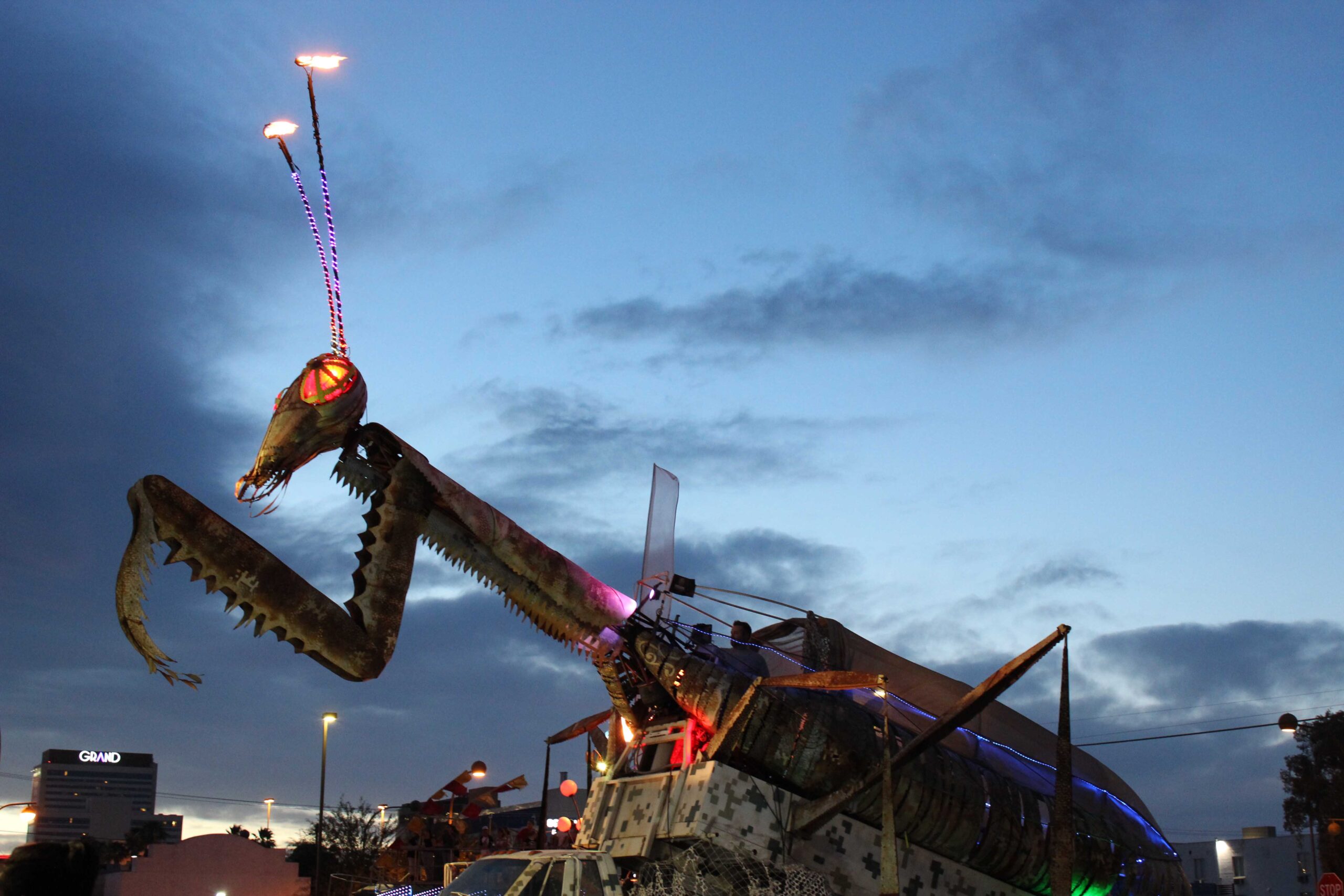 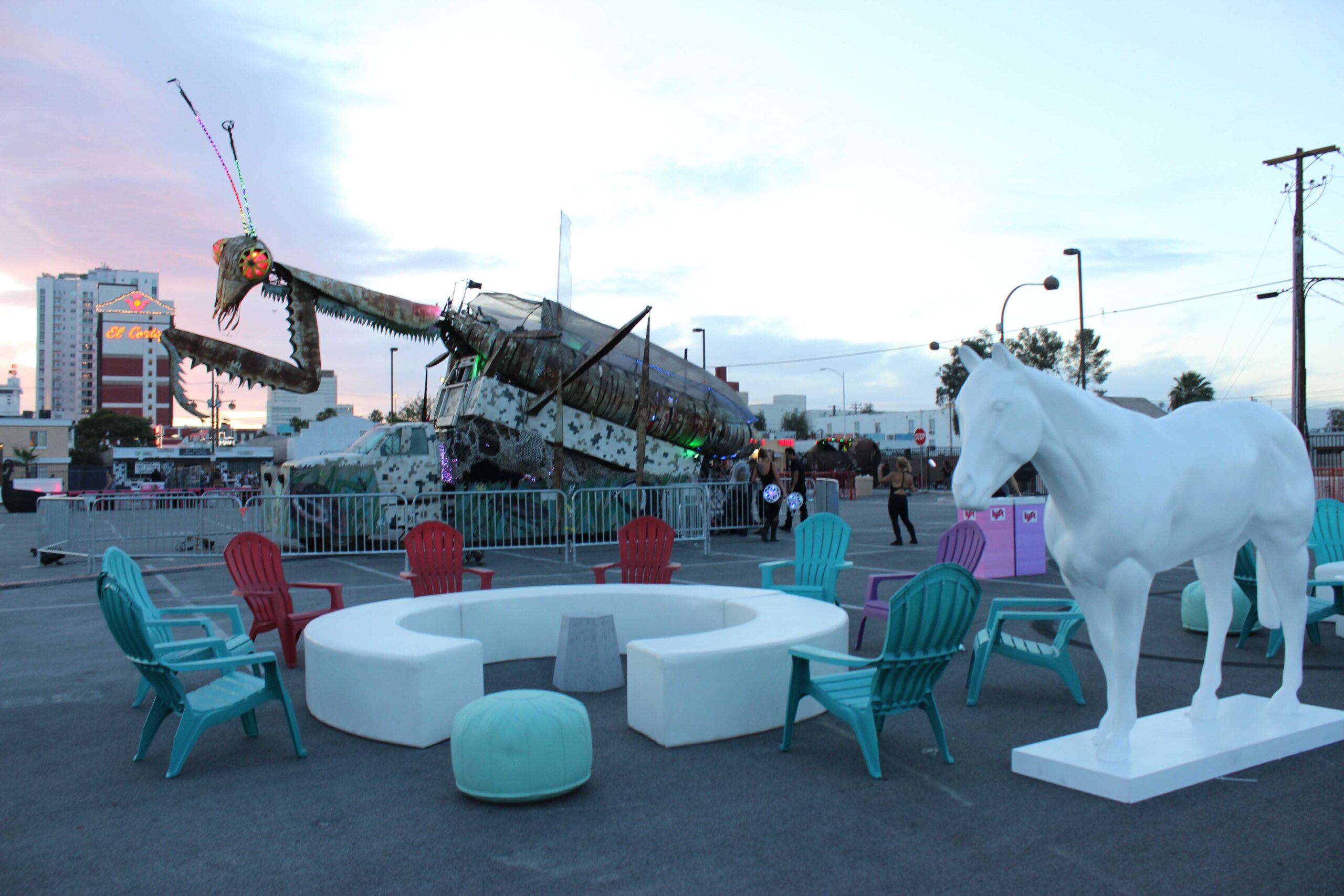 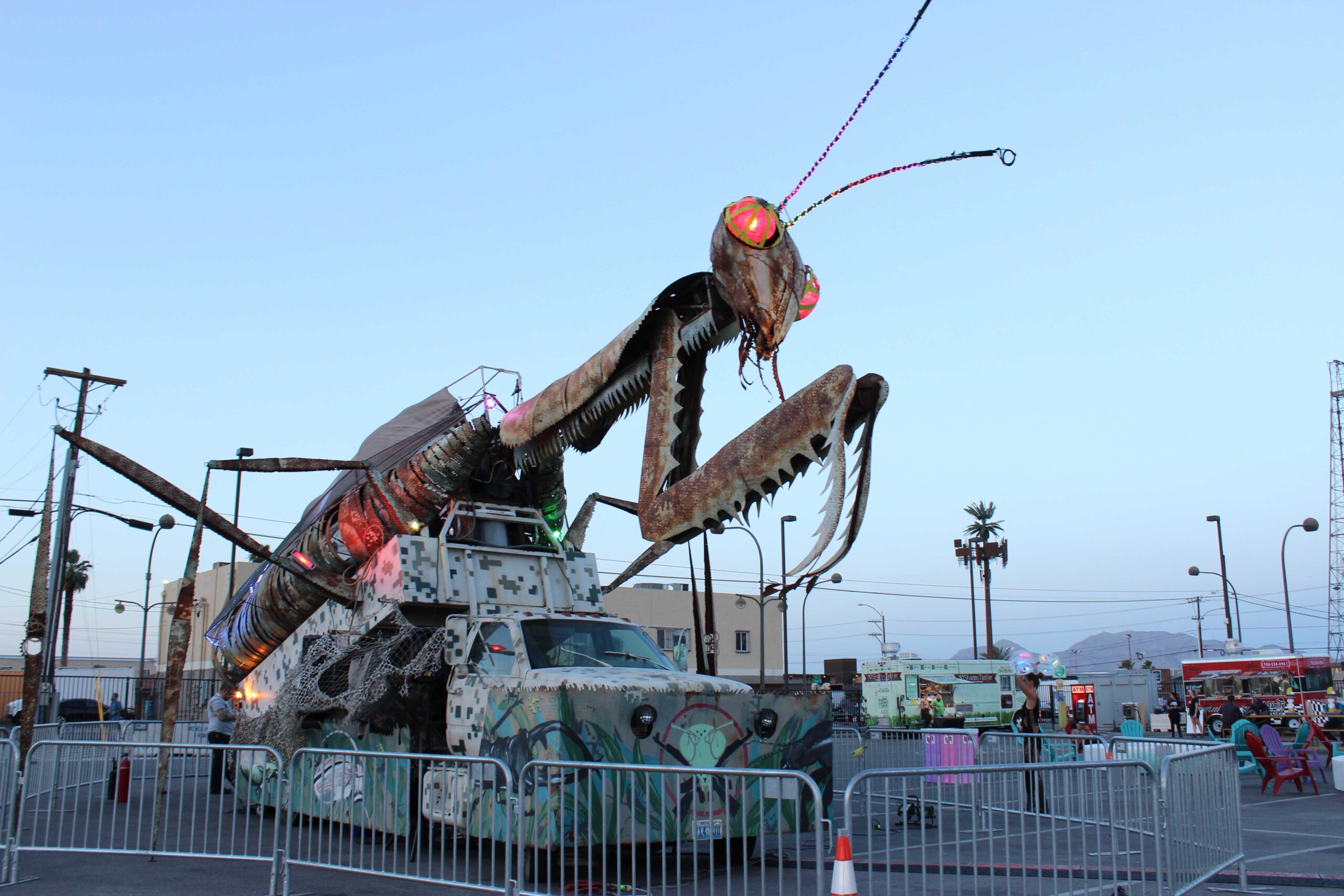 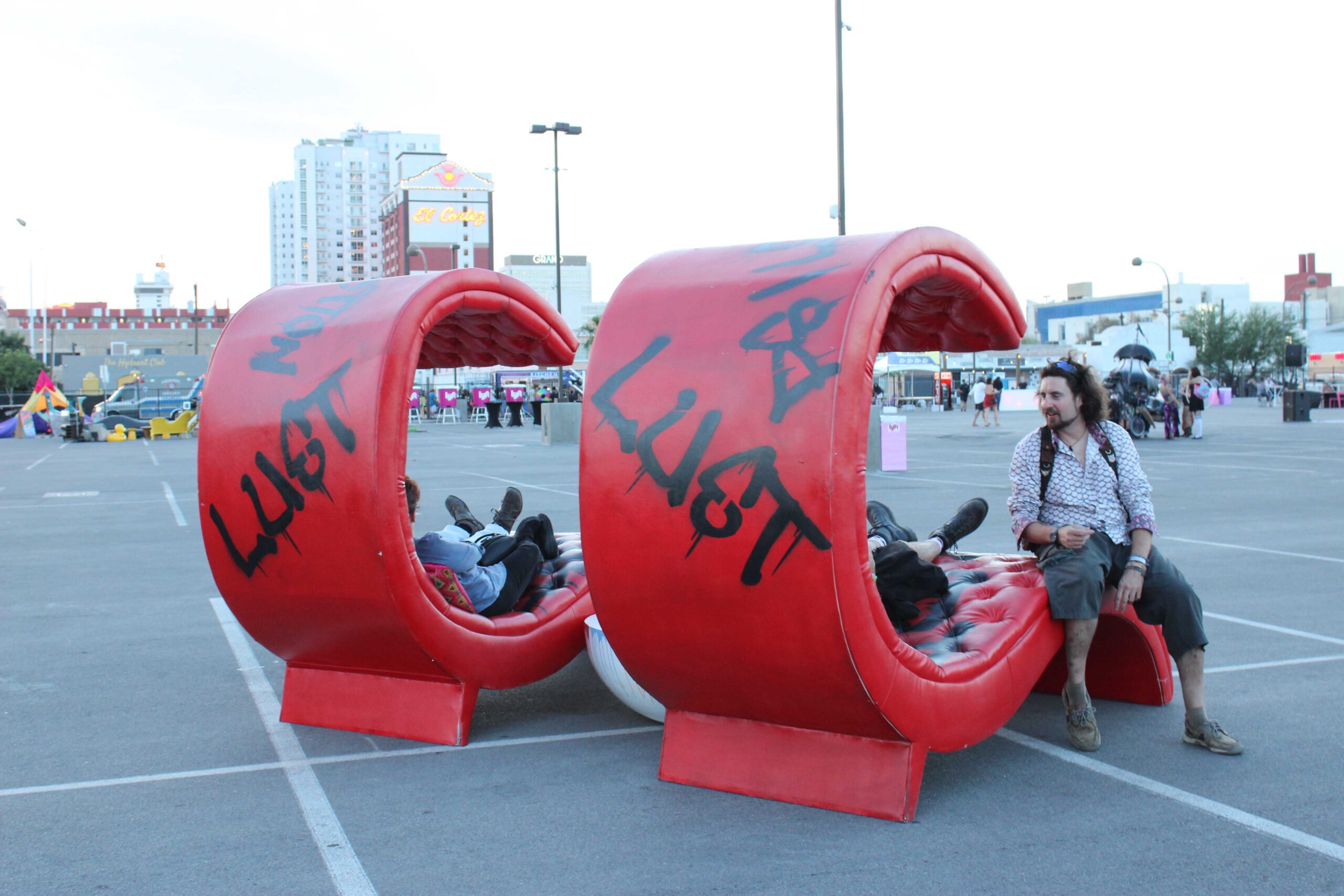 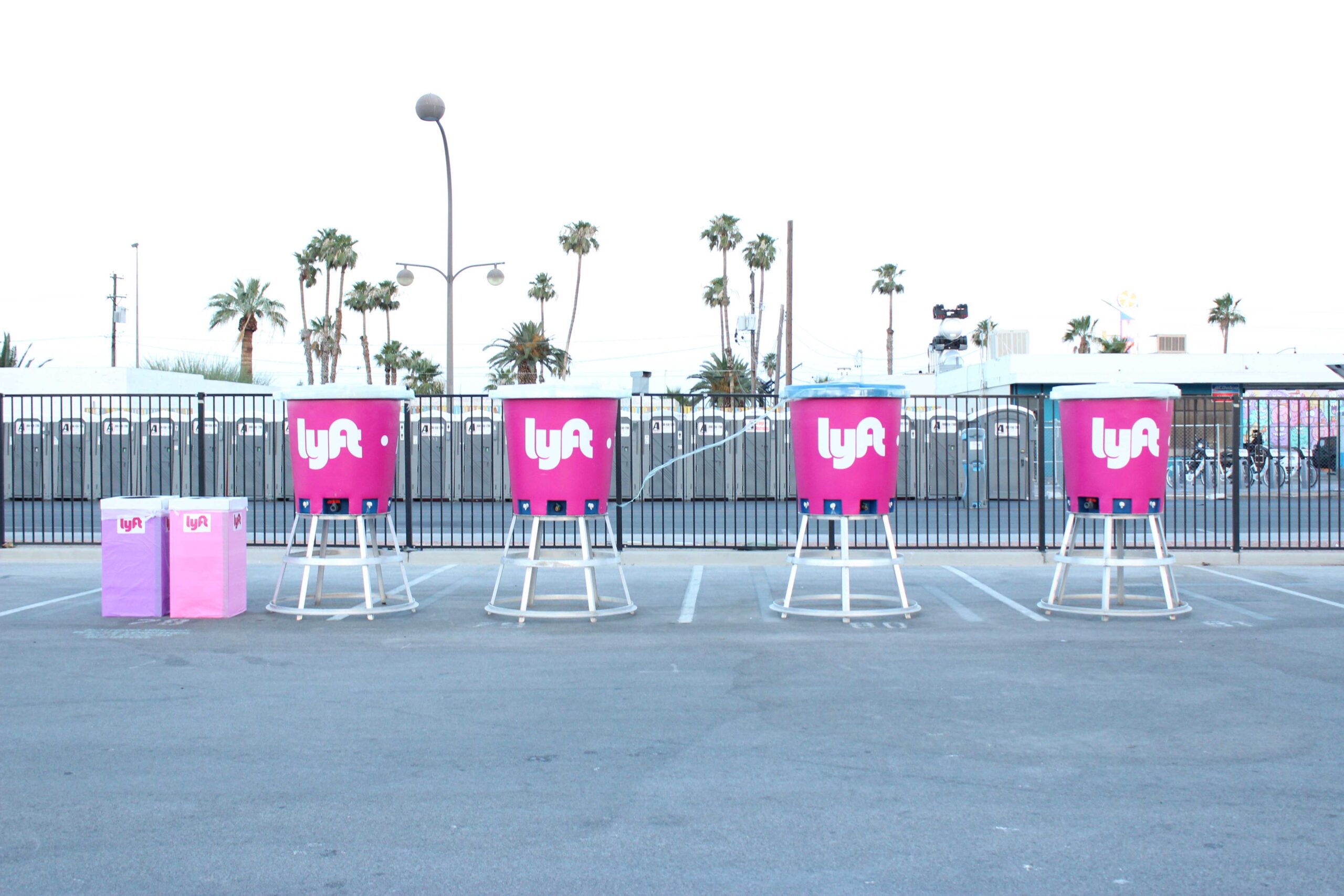 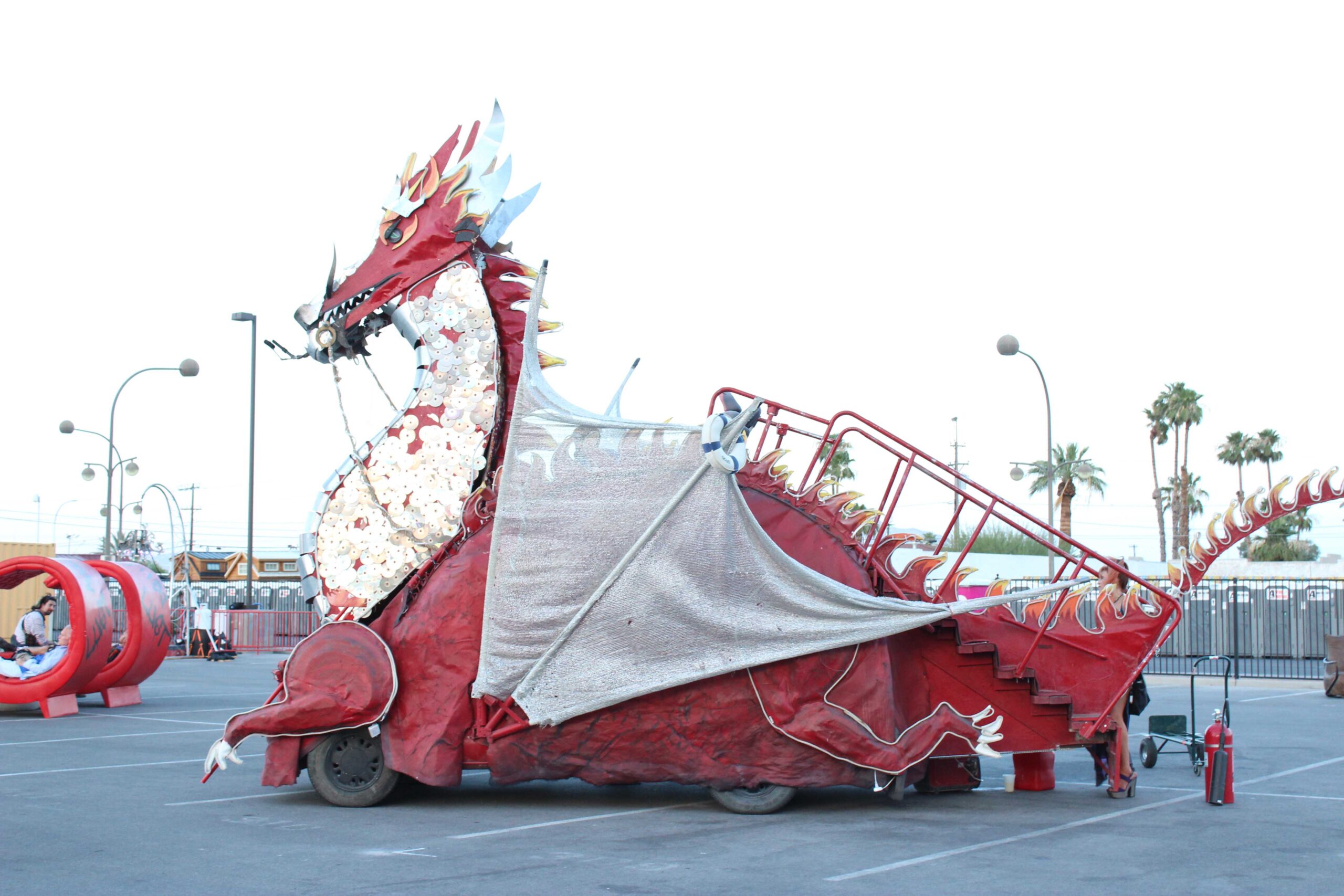 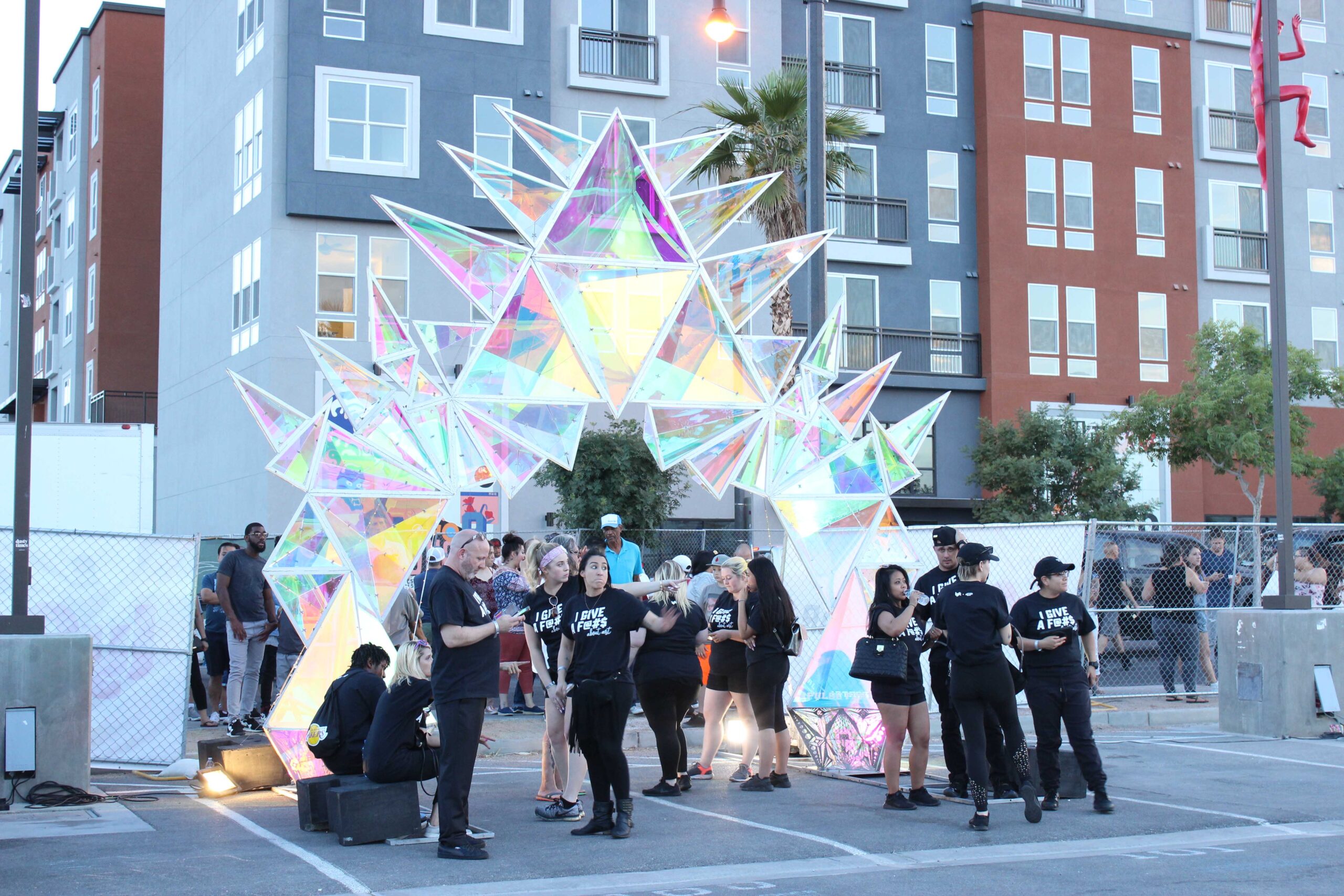 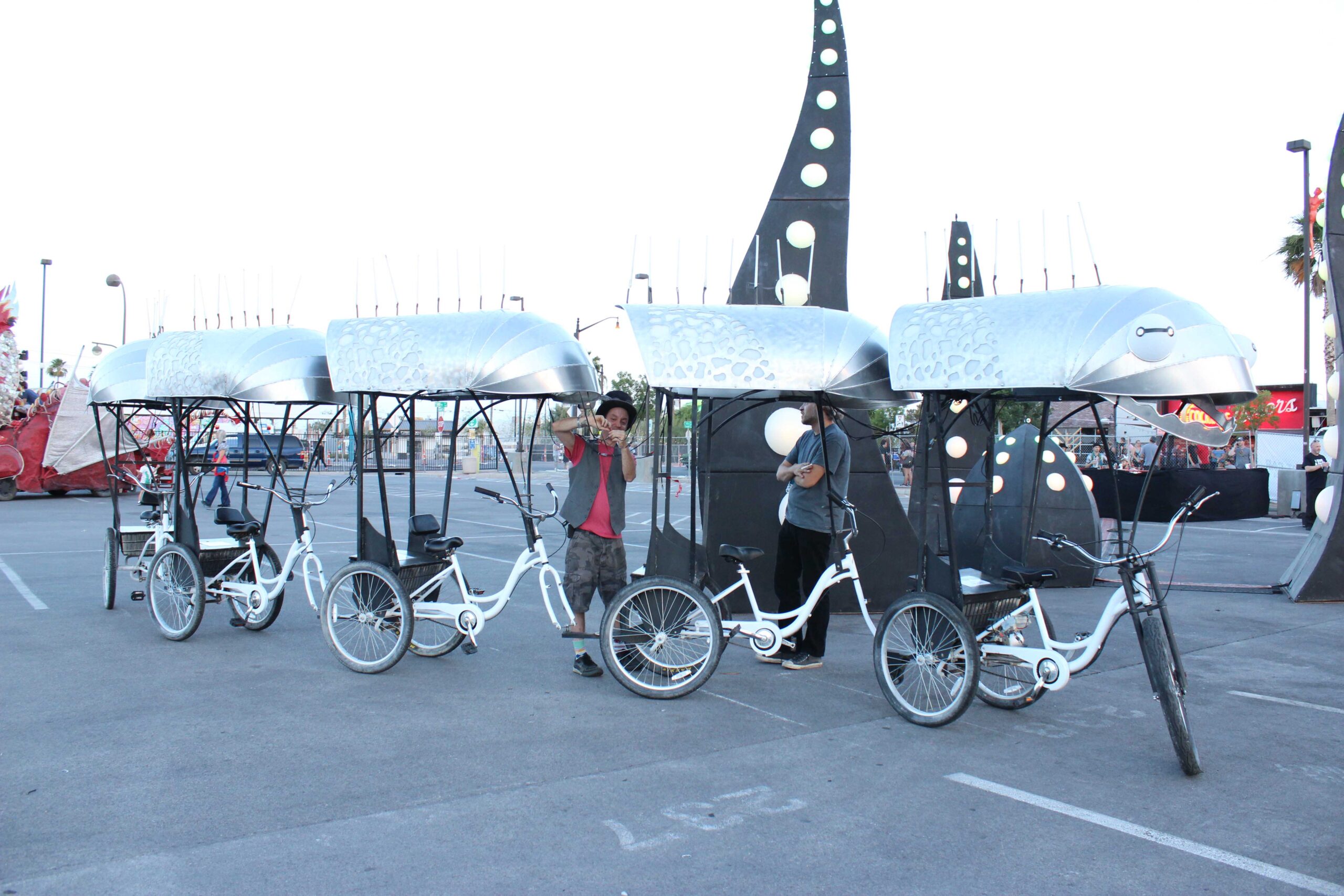 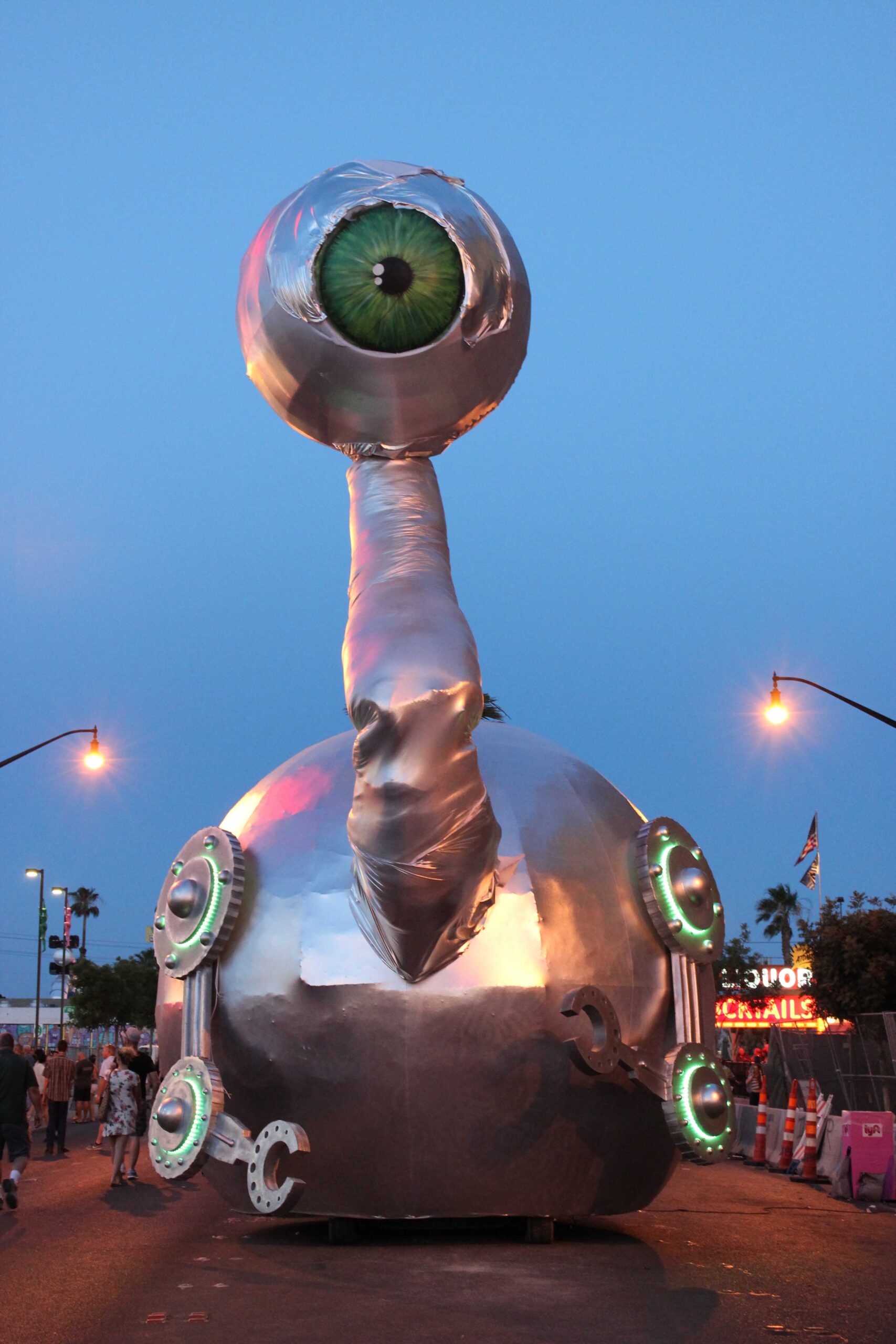 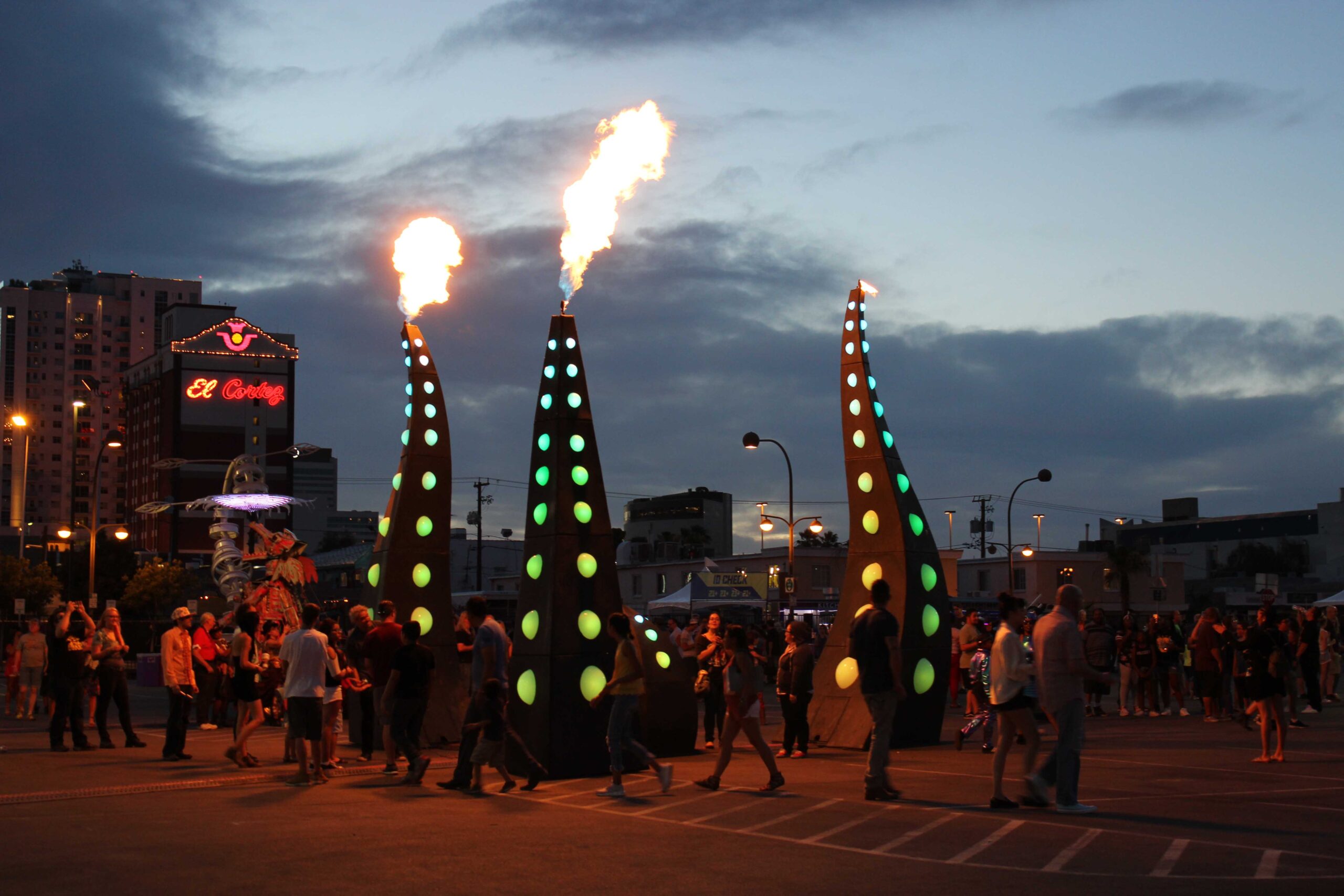 Implement and permit an Art Car Parade by closing down a portion of Las Vegas Blvd and produce a community festival similar to Burning Man downtown Las Vegas on Fremont Street.   Safely permit and allow guests to ride in art cars down the strip then experience fire breathing cars and acts up close and personal at a large festival.   Art cars are a staple at each year’s Burning Man. But, what were once just golf carts used to get festival-goers safely around the desert landscape have evolved into something magical. Now, checking out the wild range of art cars is a highly-anticipated activity at Burning Man — these four-wheeled creations are many Burner’s favored form of artistic expression. It’s not uncommon to see fire-breathing dragons cross paths with a Game of Thrones-inspired mini-car when on the playa. But, thanks to Lyft, art cars finally had their day on the Las Vegas strip!
It’s the sixth time the ride-sharing company Lyft has partnered with Fresh Wata and after successfully building them their own airstream trailer,  Lyft came up with the festival concept, calling it “the perfect way to showcase innovative transportation,” as well as help support local art programs, said Lyft Nevada’s Kris Cuaresma-Primm in an interview with the Las Vegas Review-Journal.\

Engage city approval,  allowing the parade to take place on June 9th down the World Famous Las Vegas strip.  Design, floorplan and produce a first of its kind festival in downtown Las Vegas with food, entertainment and merchandise vendors.  From cars decked with gleaming, glowing lights to fantastical beasts plucked from the wild imaginations of their creators, the mobile works of art shouldn’t be missed!  Enjoy flame throwing installations, DJ’s & choreographed entertainers performing on cars while allowing guests to ticket & get credentialed as well as register to attend the experiential event.    FW creatively designed and managed a safe and secure site that met all codes and health compliance with restrooms and environments for a large festival gathering for 10,000 guests.  Our team provided power, medics and metro police security to include street closures with a parking lot venue to host the event.  We secured and staff the event with Lyft brand ambassadors and opened a merchandise area while implementing an overall production schedule for load in and dismantle.   FW helped with budgeting, scripting and MC hosts to guide the event and successfully developed a ROS for the parade and festival with a beer garden for over 21 guests.  Art cars included: Henry Chang’s Mr. Fusion & Valyrian Steel and Fired up Management provided the Rhinoceros and many of the famous Art Cars. and recieved international coverage from Los Angeles Times, Forbes and many more.  You can still check out the video to see the celebration.