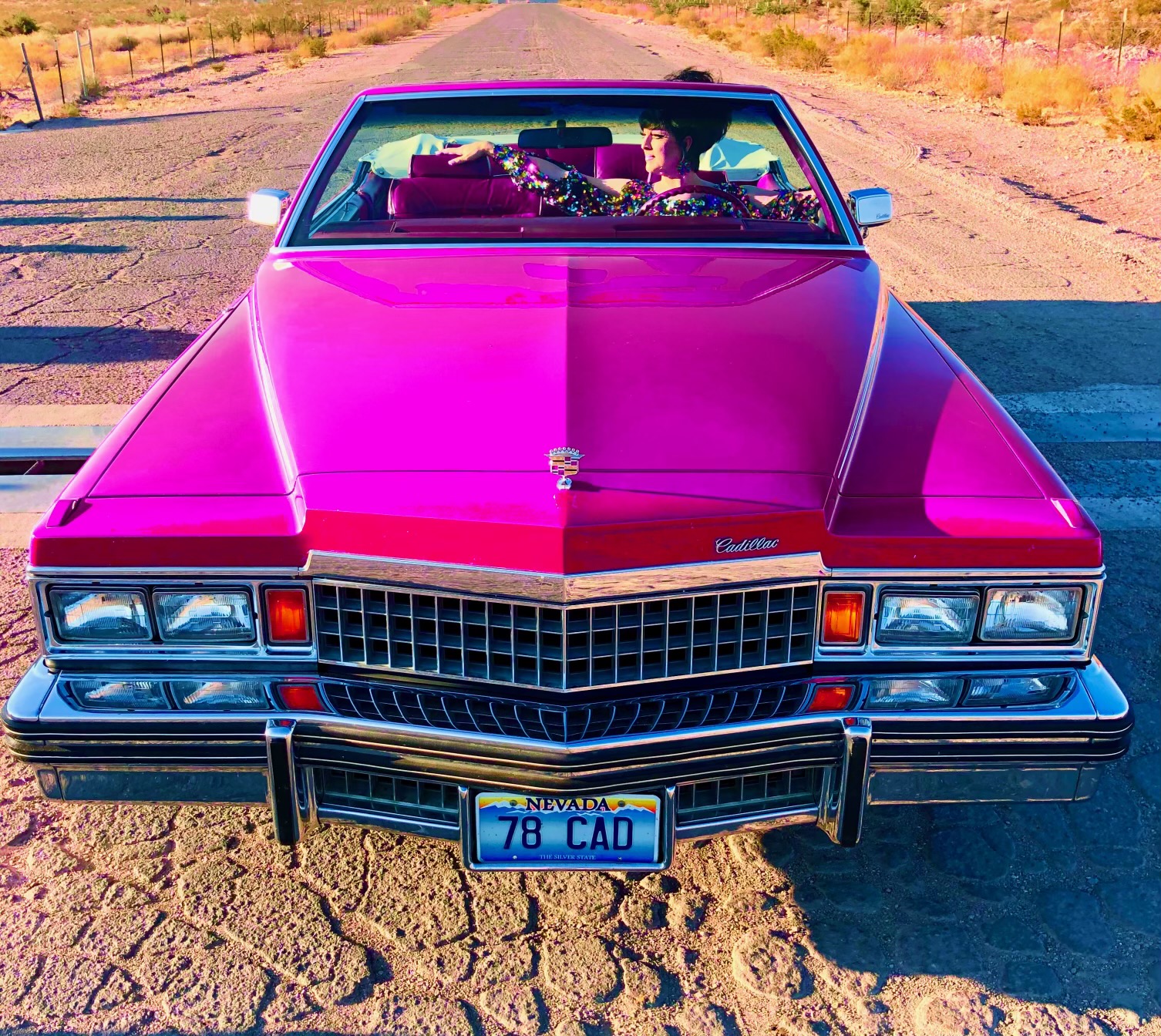 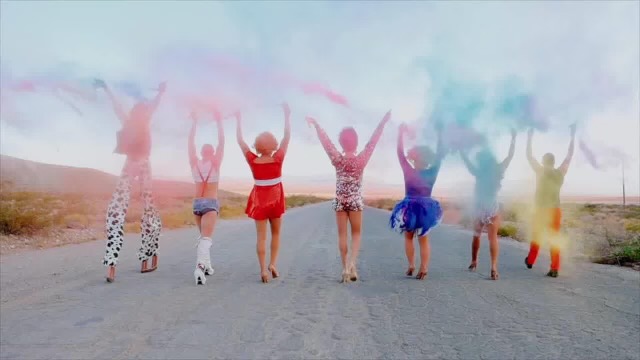 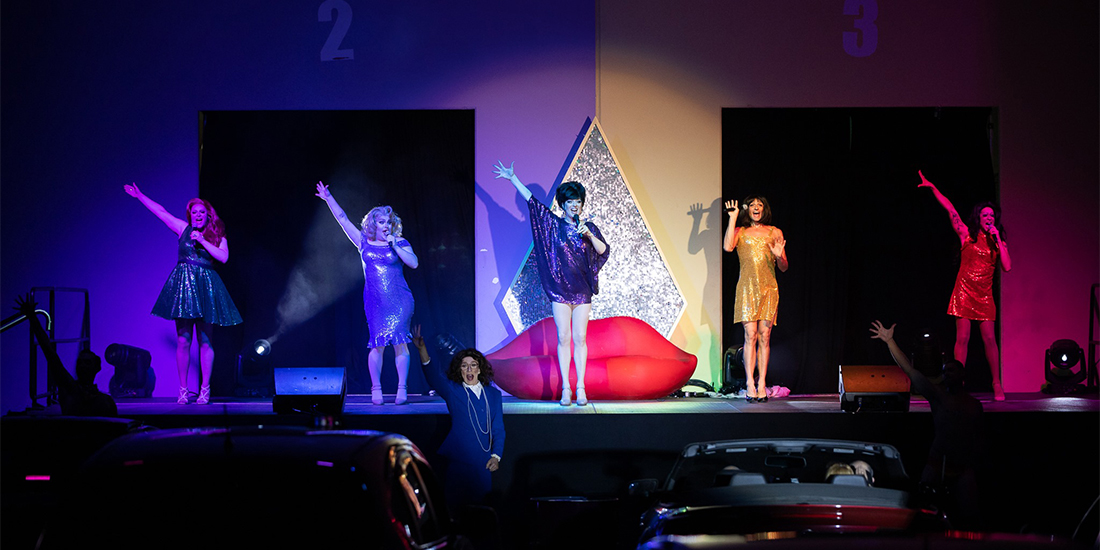 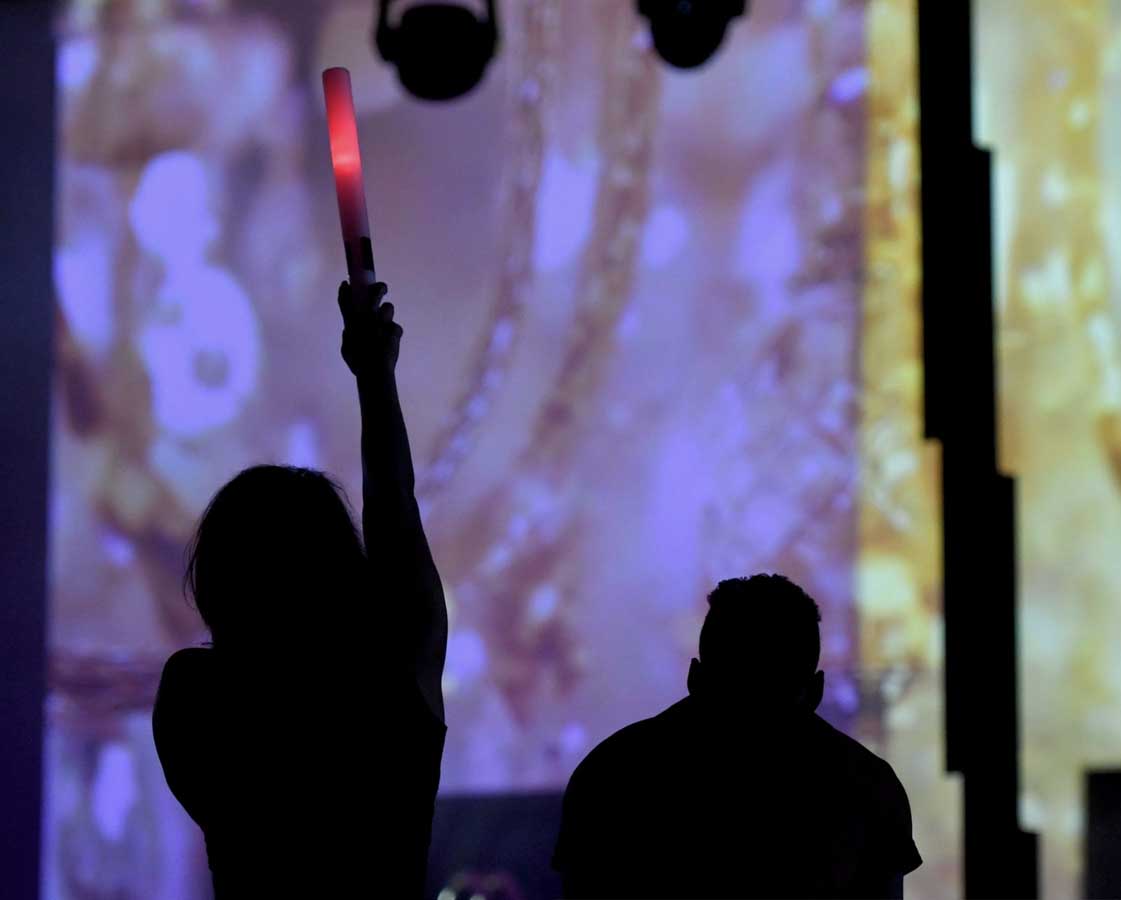 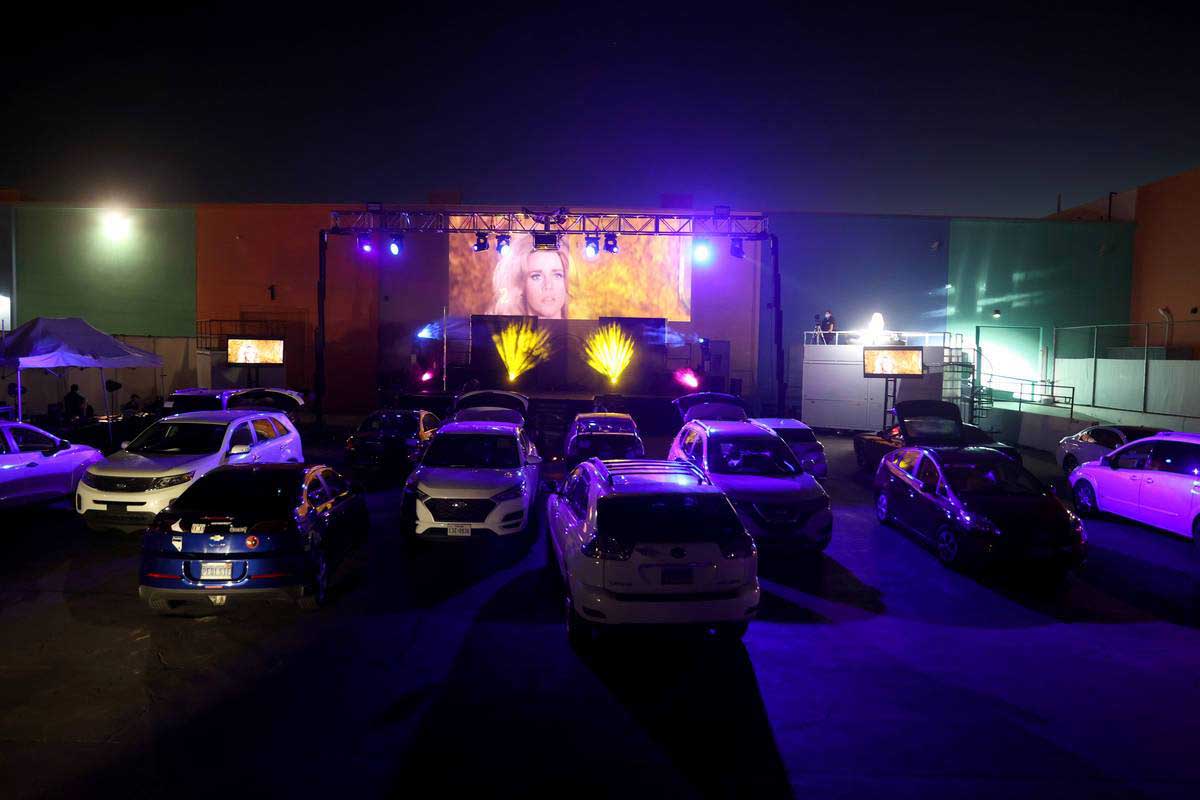 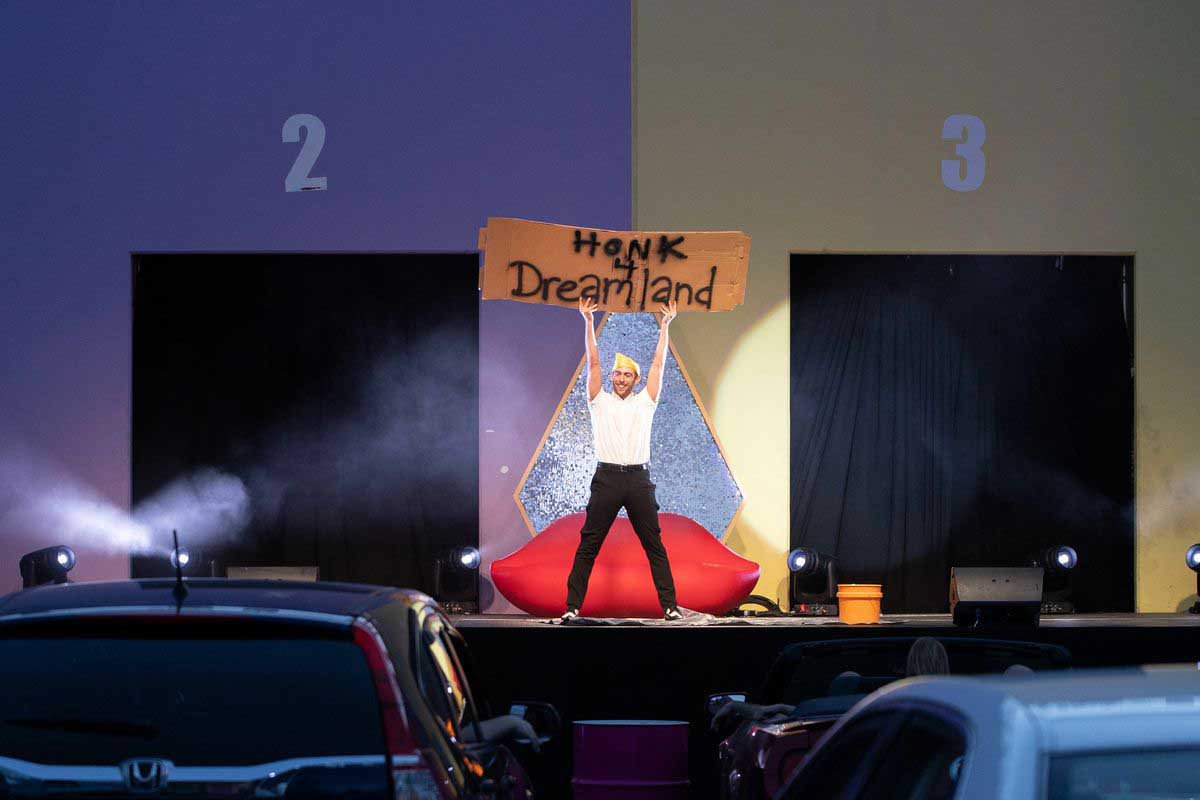 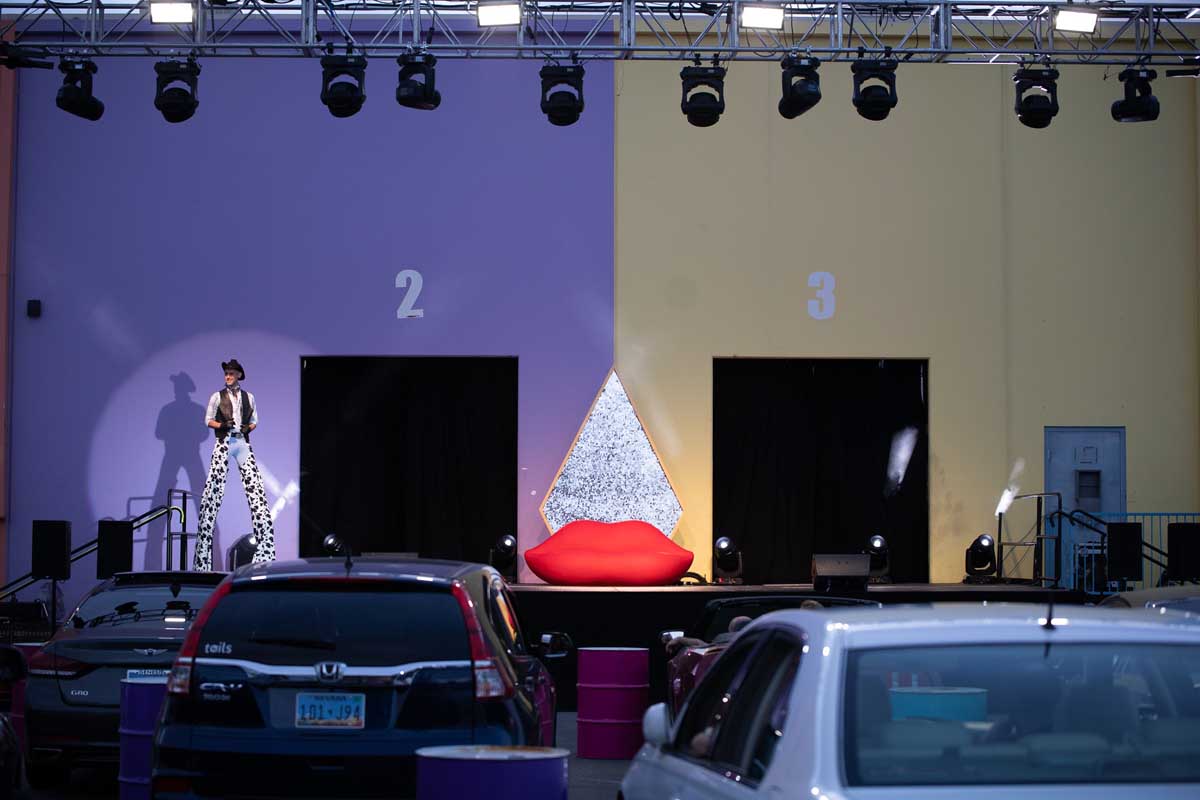 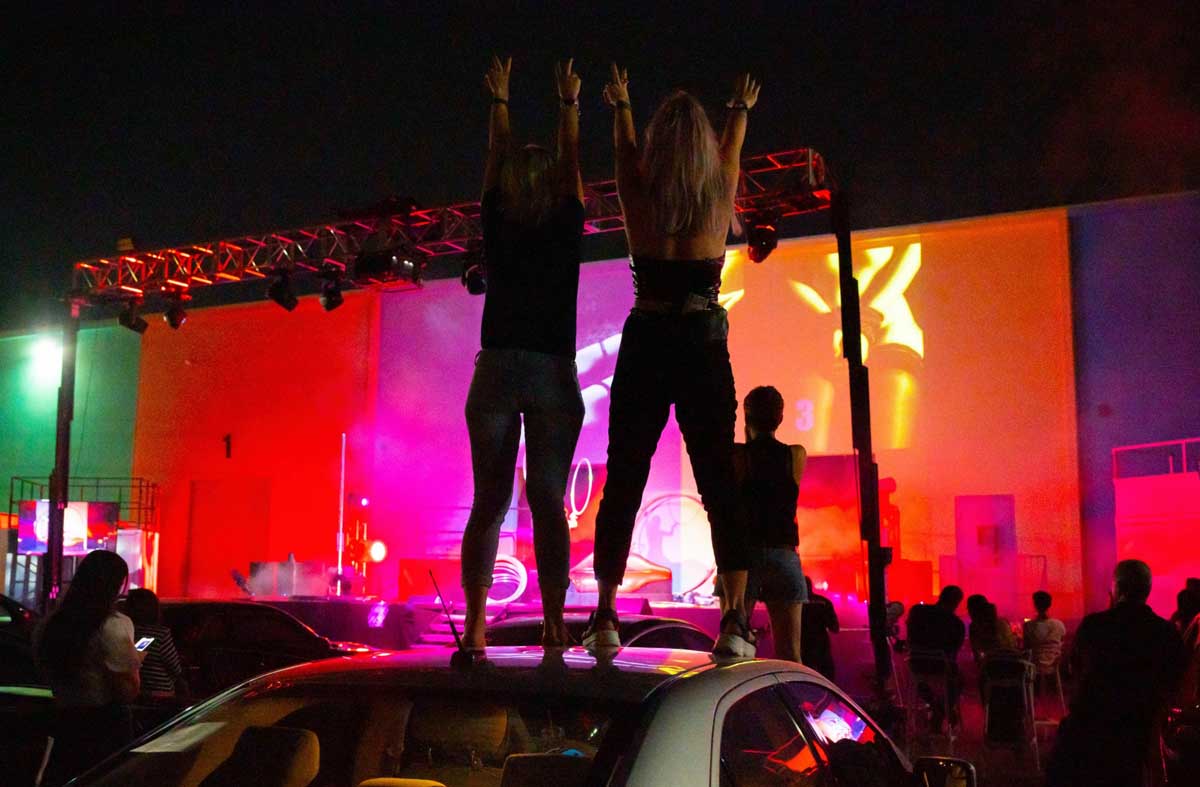 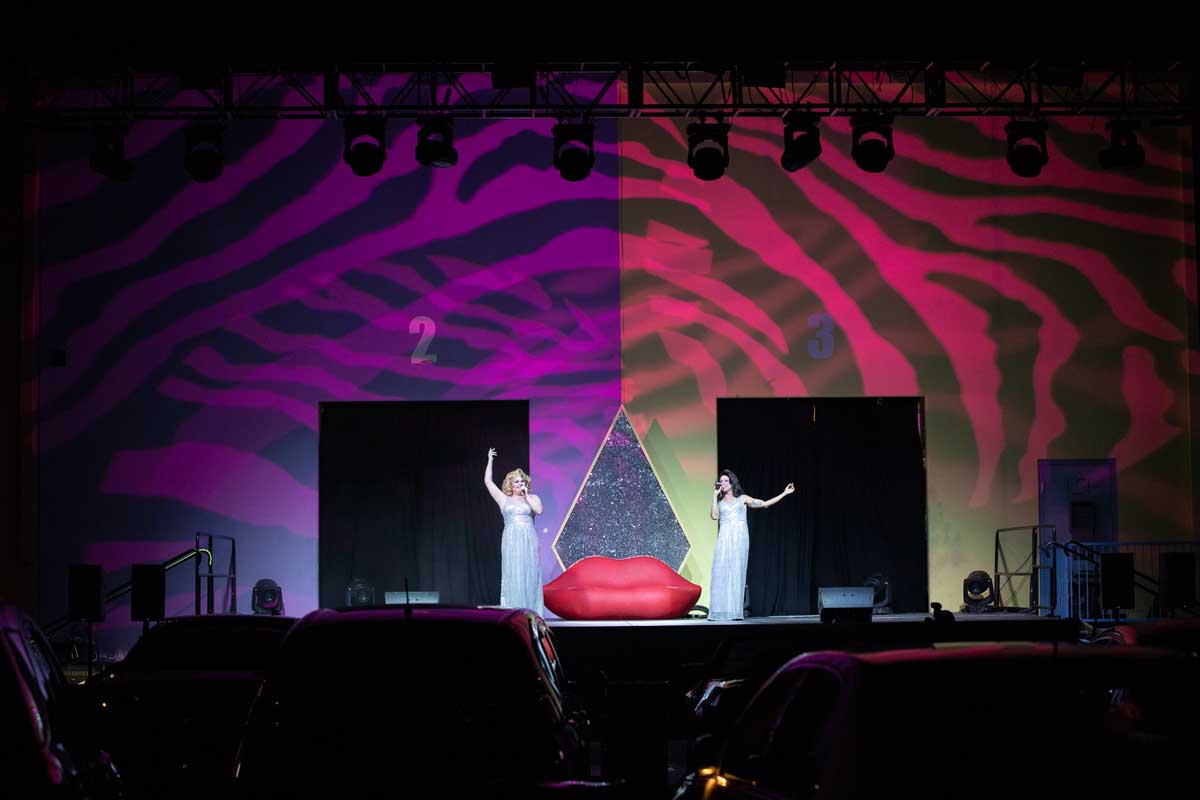 Build a new entertainment template because when Covid Strikes we lift spirits, and bring the drive-in back.  Starting in Vegas then teaming up with Encircle Together, Utah Pride Center, and Equality Utah to bring joy to the Salt Lake LGBTQ+ Community during the shutdown of 2020.

Drive-In Drag Show named one of the “best drive-in experiences” by Conde Nast Traveler and one of the top “nine drive-ins worth getting into gear for” by Financial Times, guests will watch from the safety of their cars, while honking their horns, flashing their lights and singing along.

Attendees joined us as we presented a very special edition of the world’s first all-live singing Drive-in Drag Show hosted by Edie from Cirque du Soleil’s “Zumanity”, who starred along with 10 amazing dancers and vocal performers who will sing and dance their way into everyone’s hearts.   A portion of proceeds benefited these five deserving nonprofits.  The entire team at FW & Drive-in Drag Show was incredibly grateful to be given the privilege to contribute towards your efforts.  We combined dinner with a live theatrical production, stage design, lighting, audio…the works! Check out the press here.