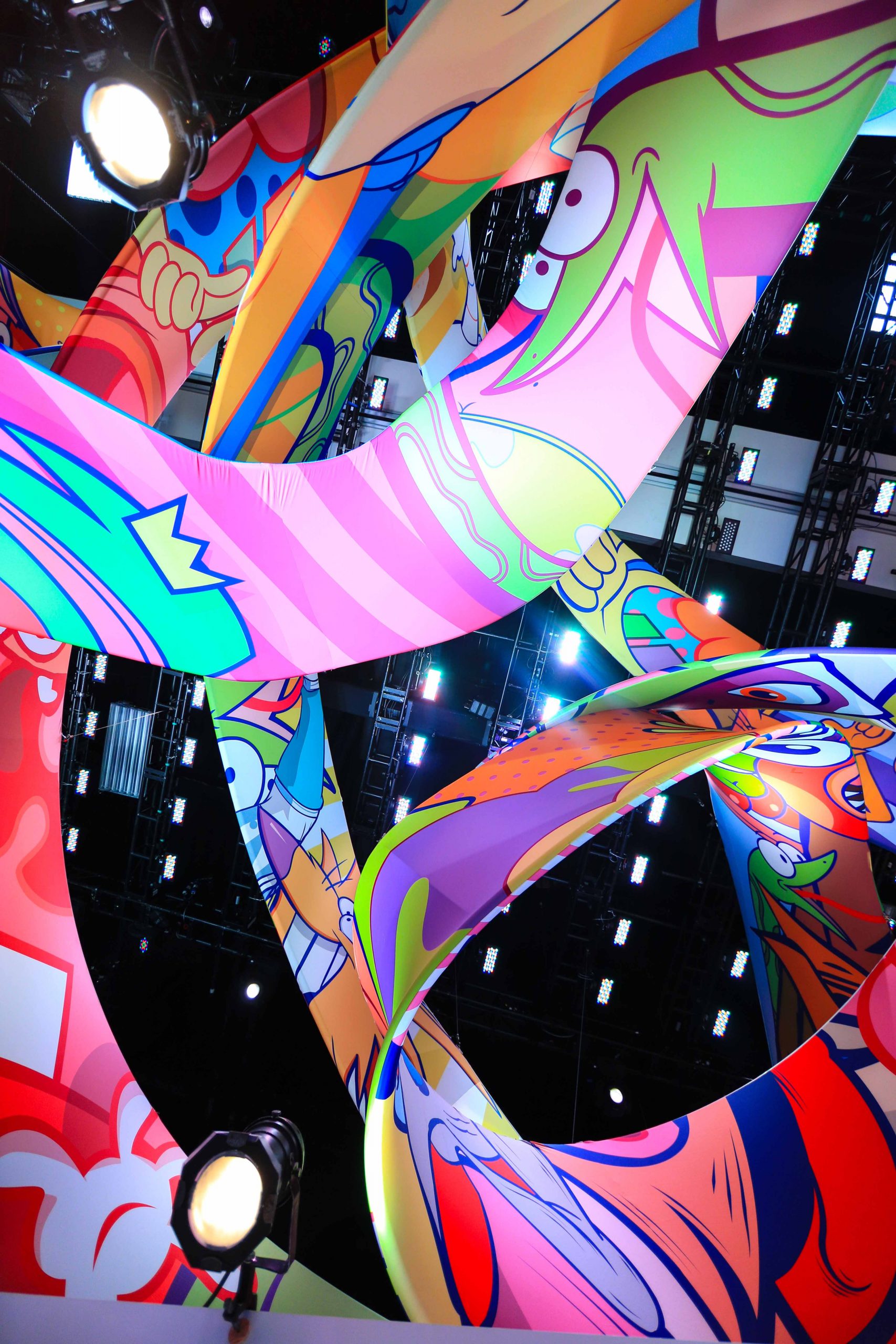 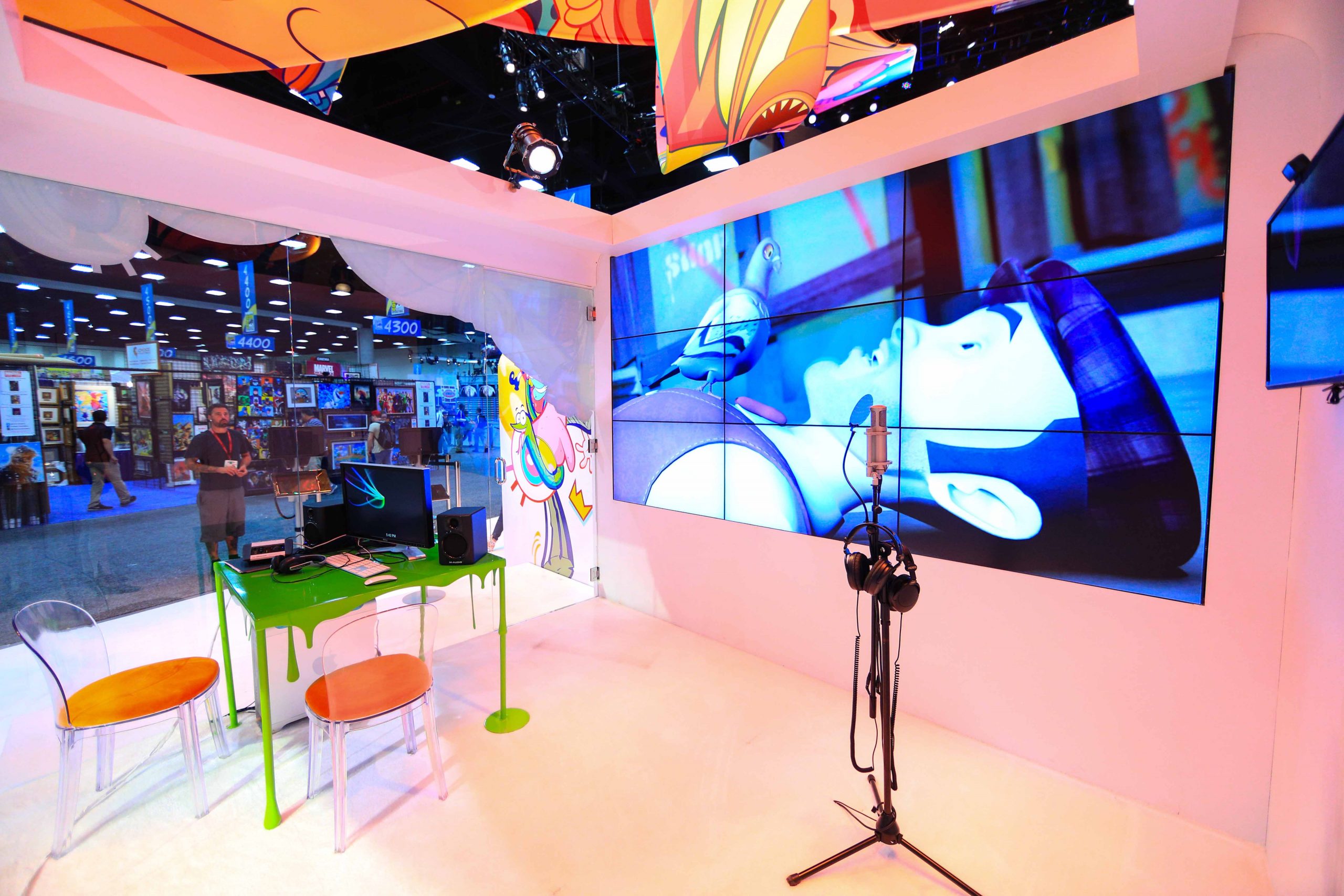 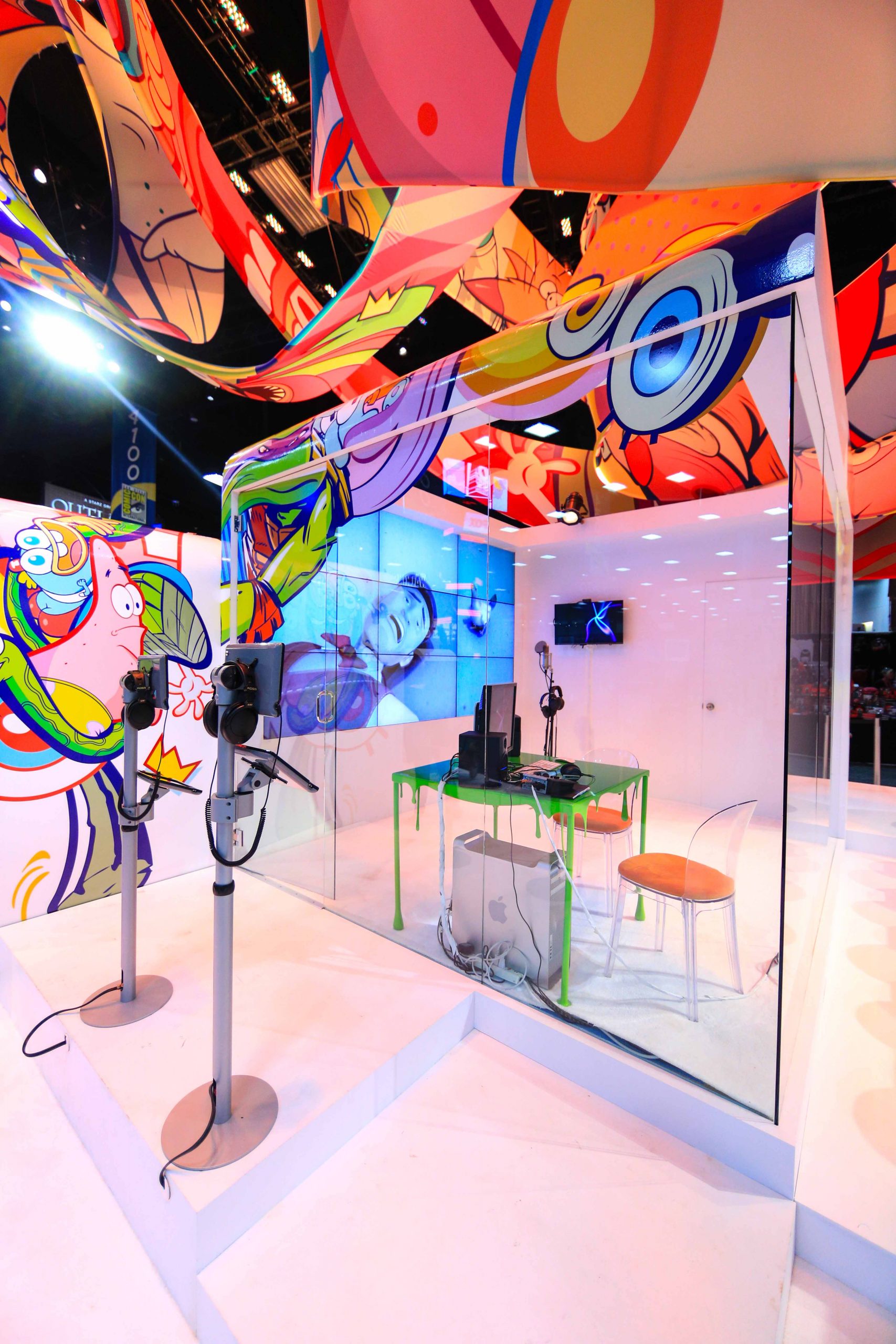 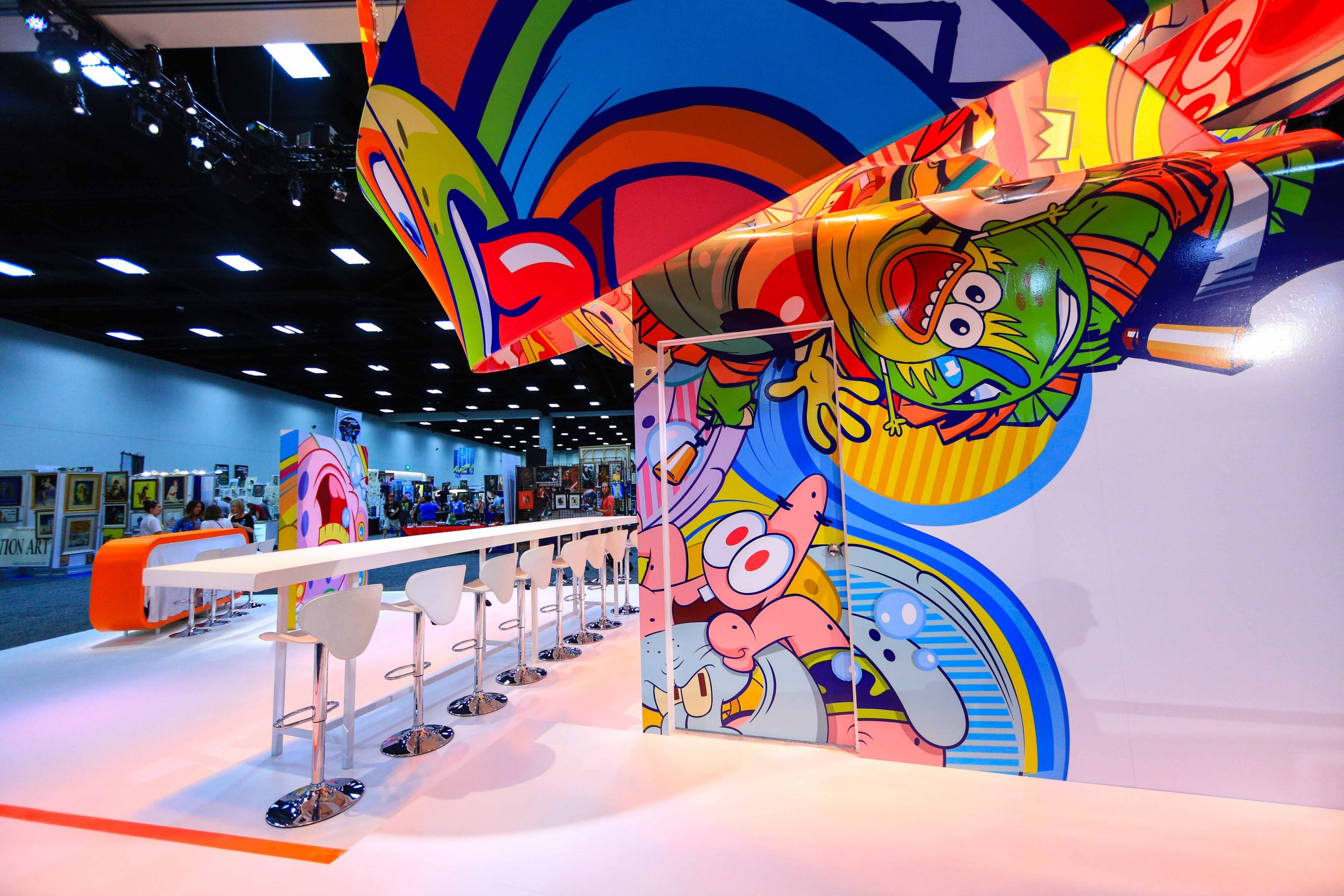 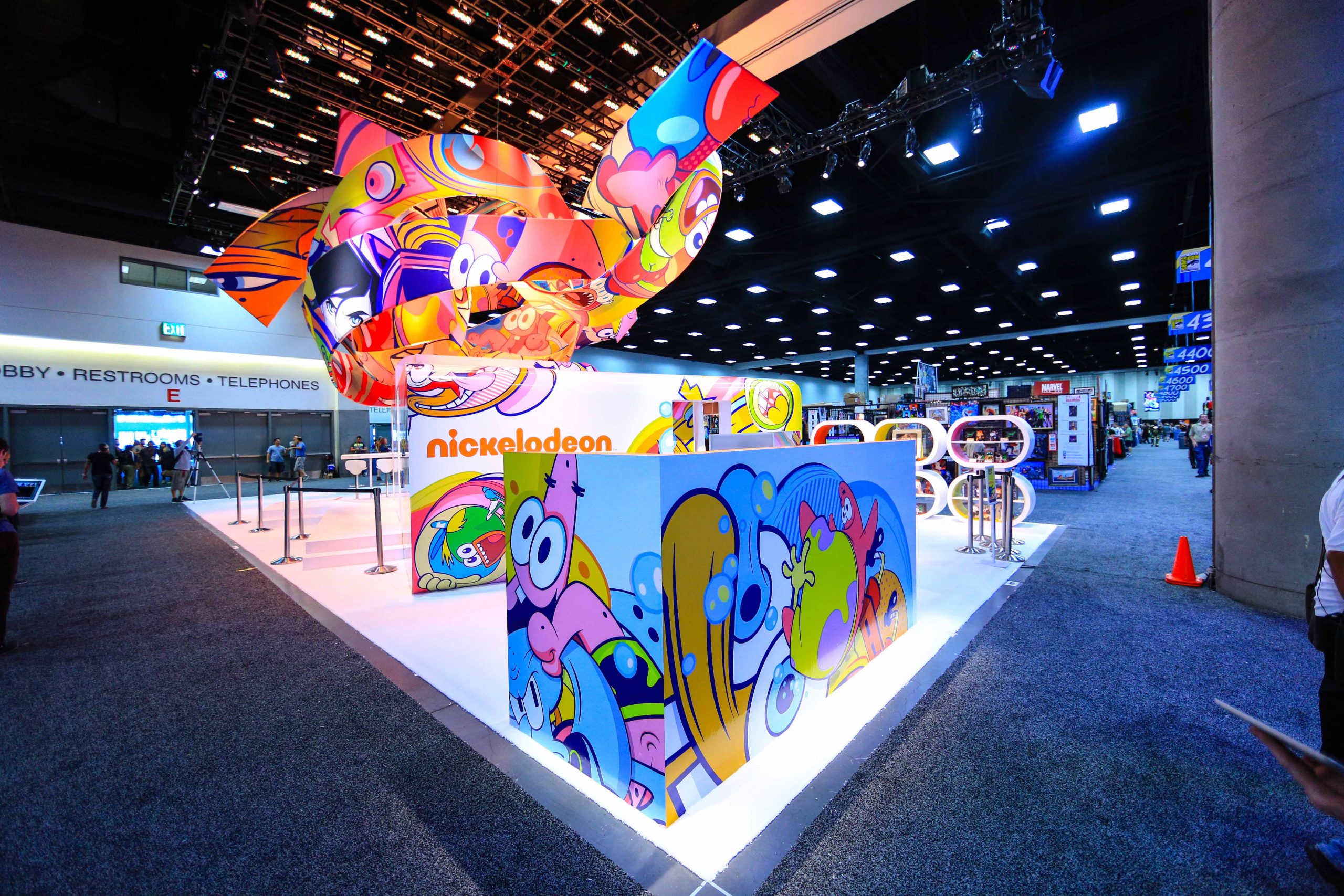 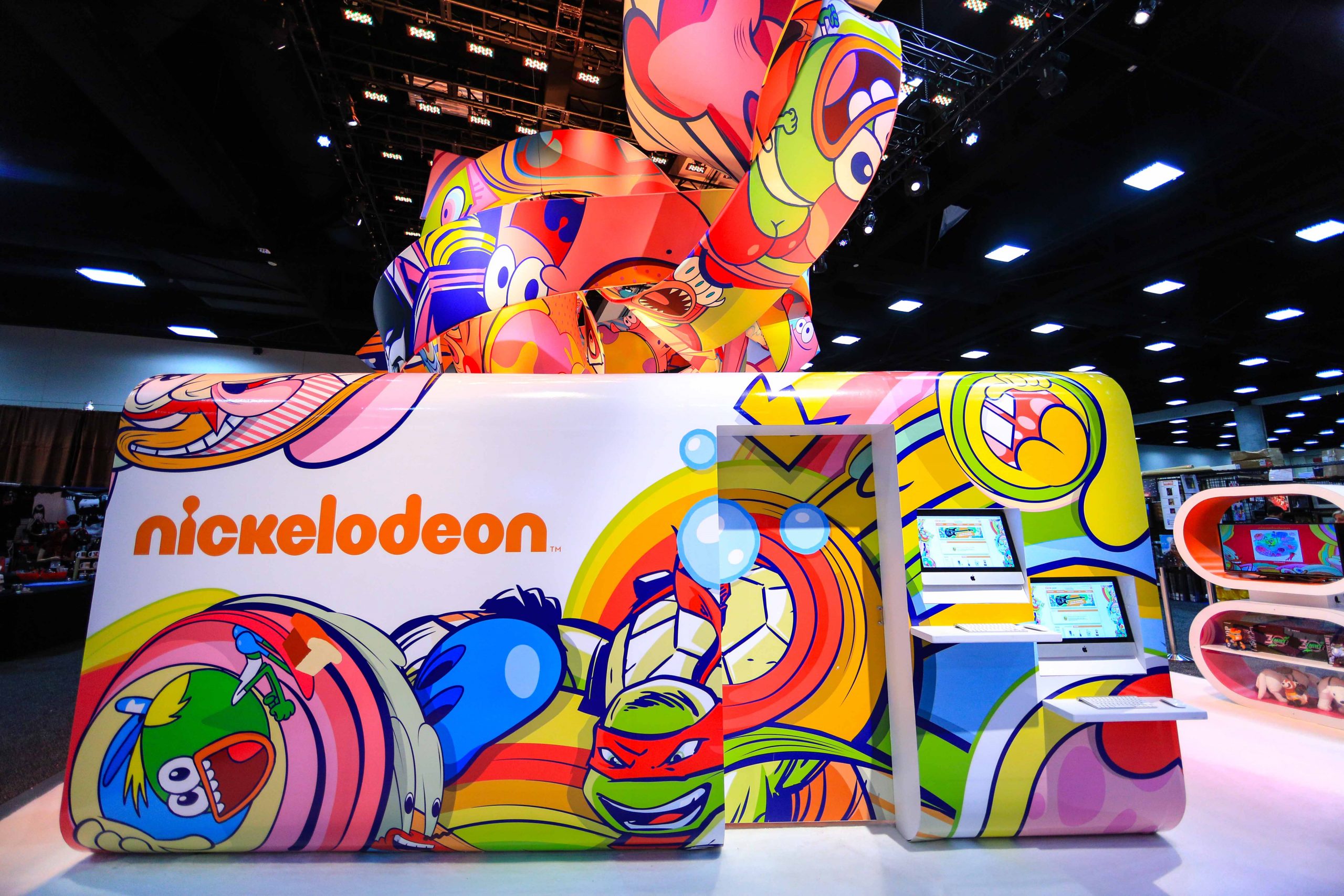 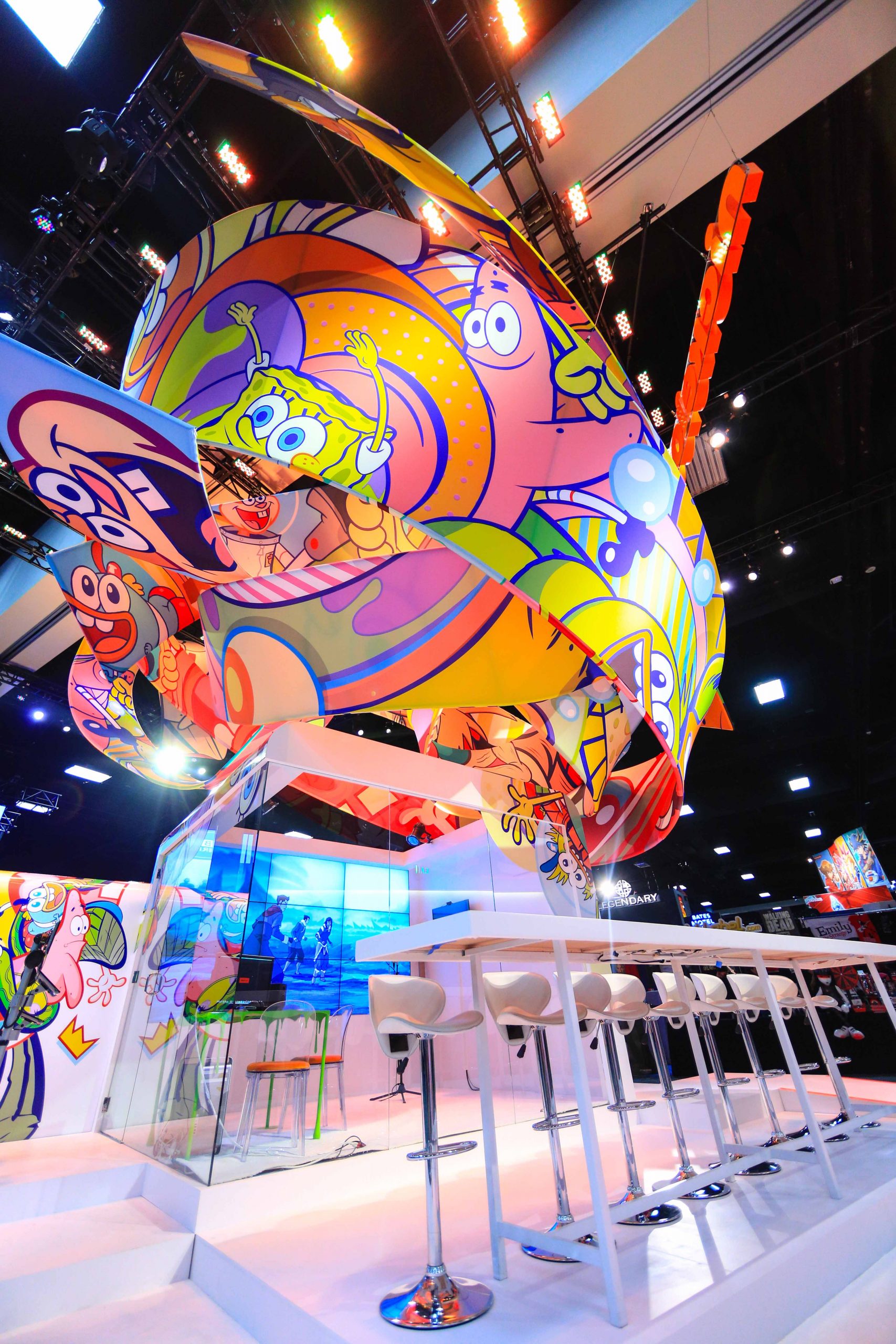 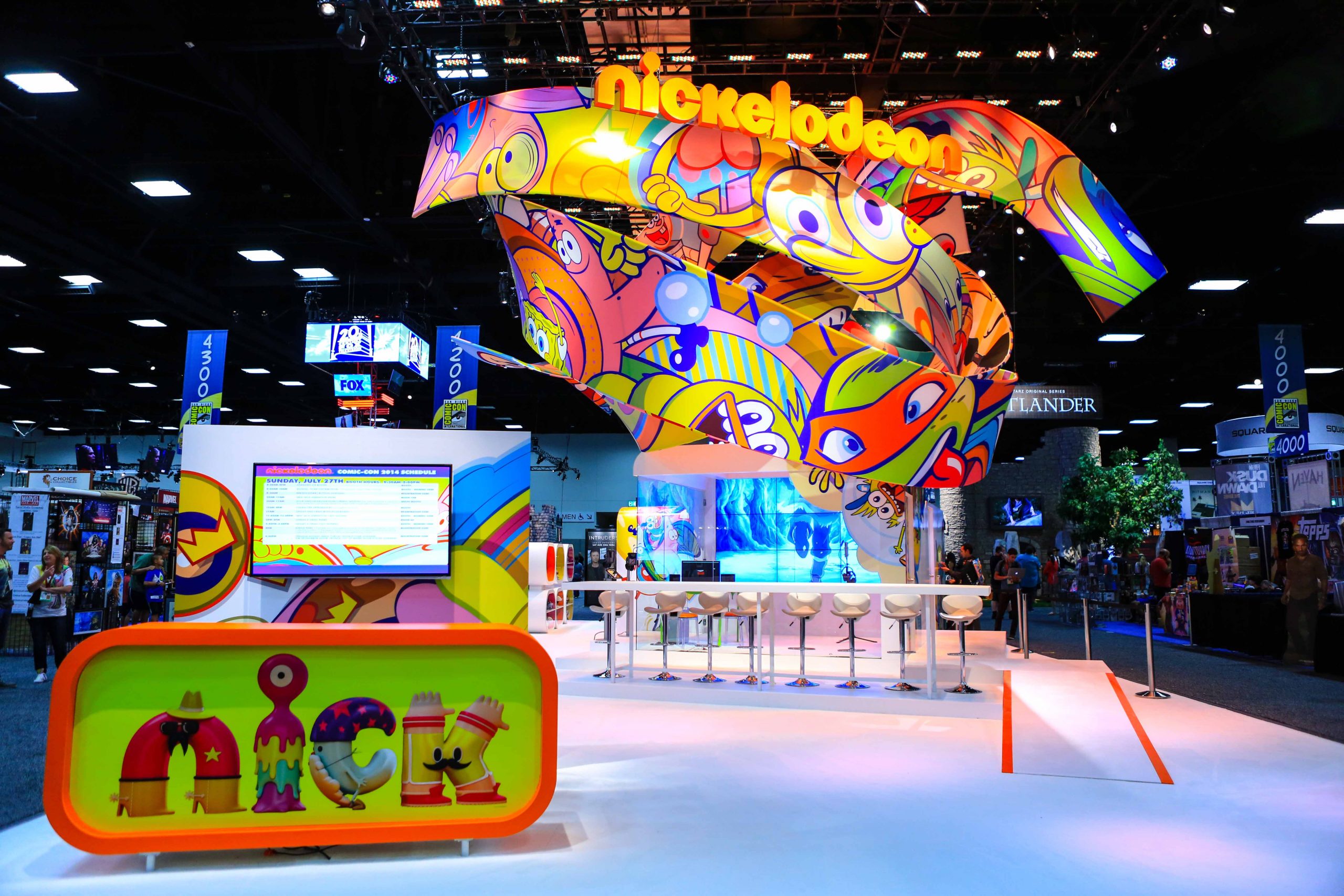 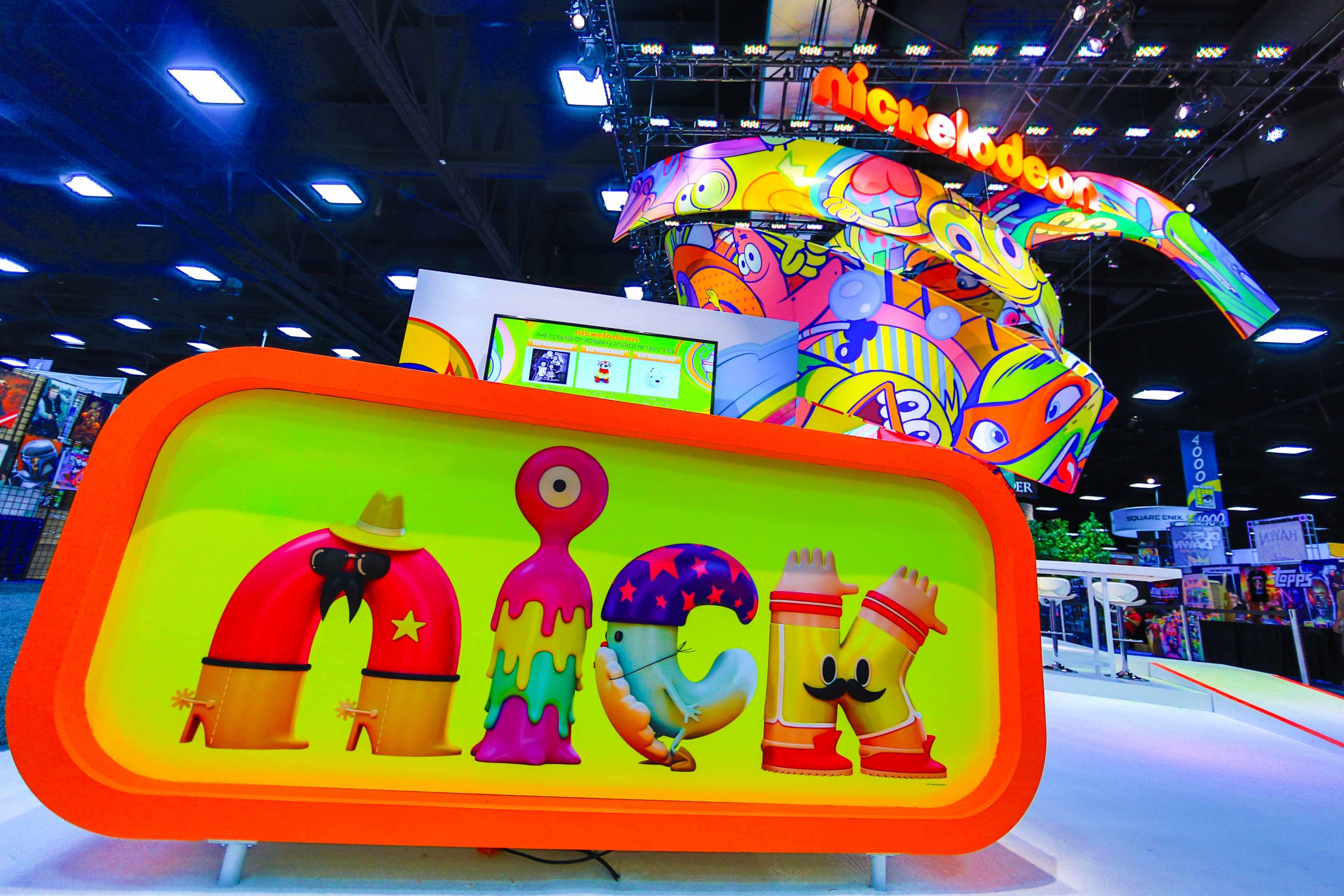 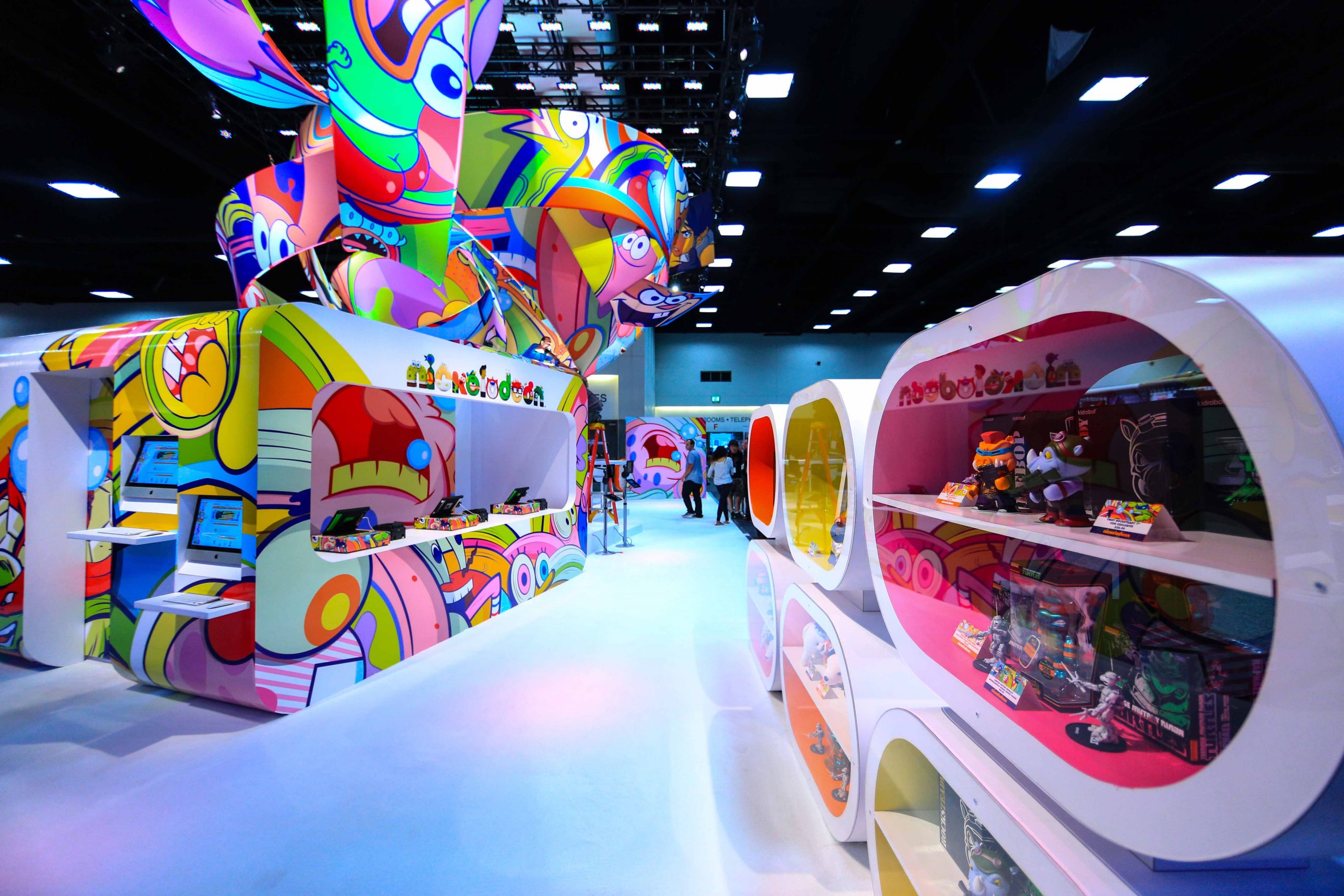 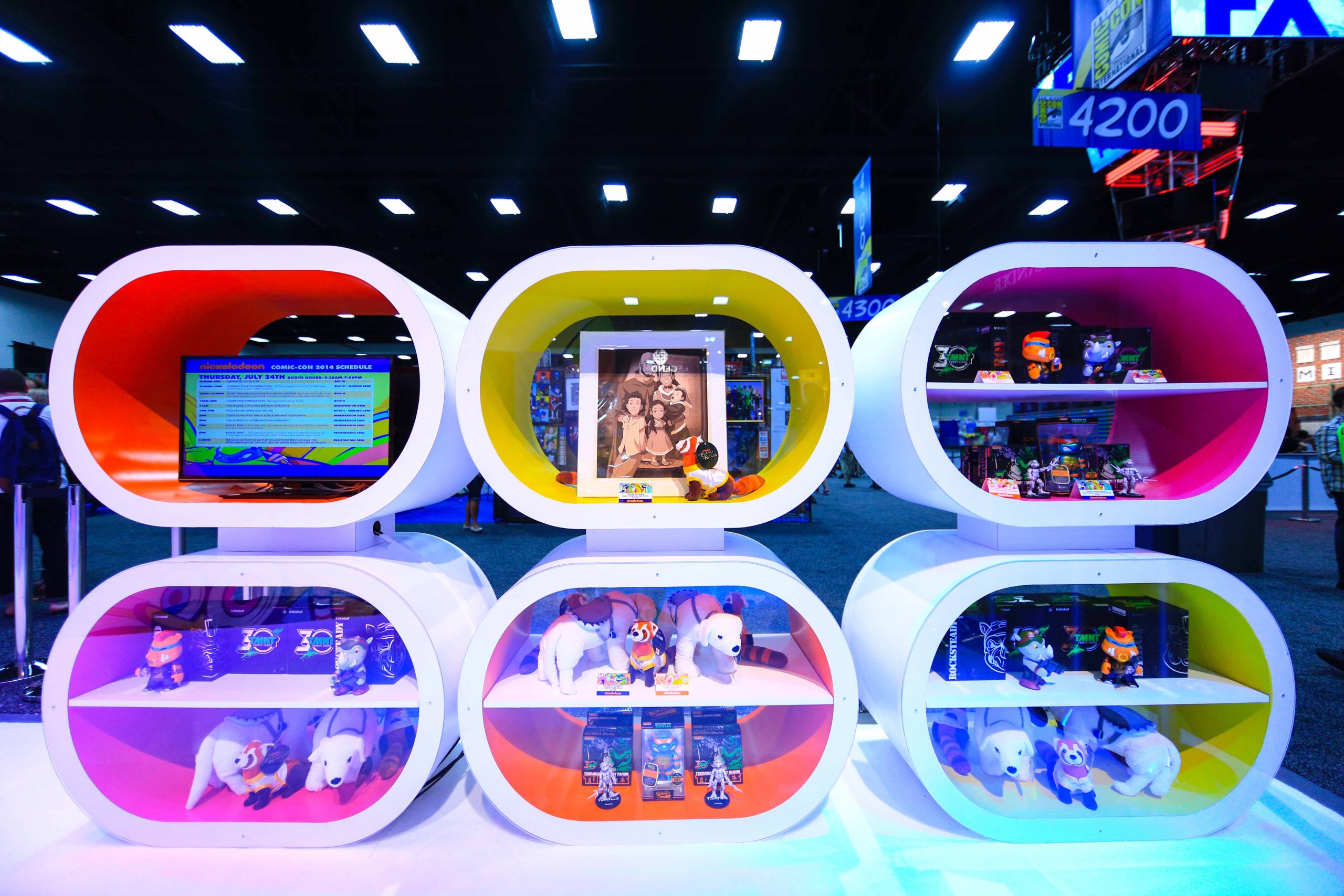 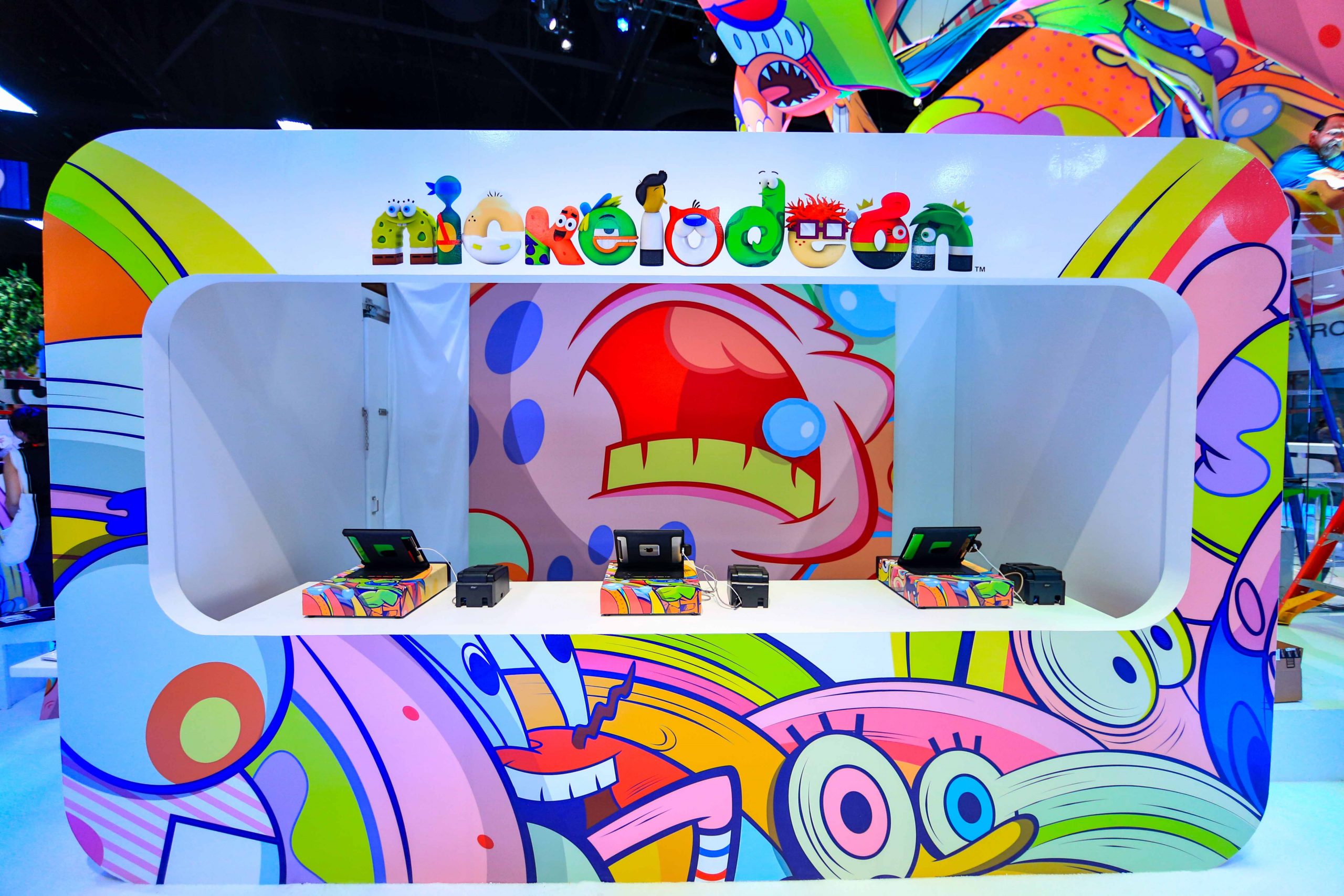 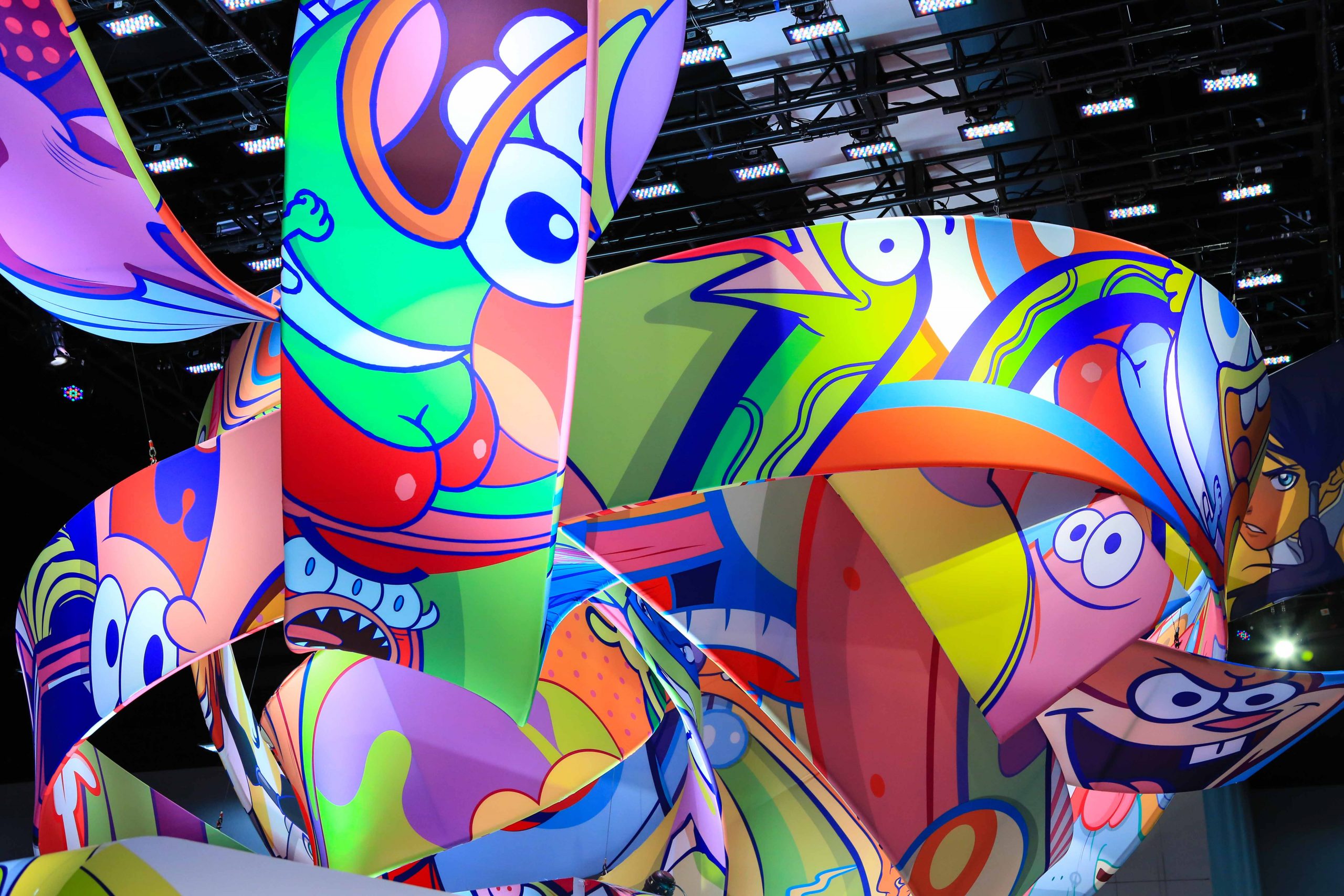 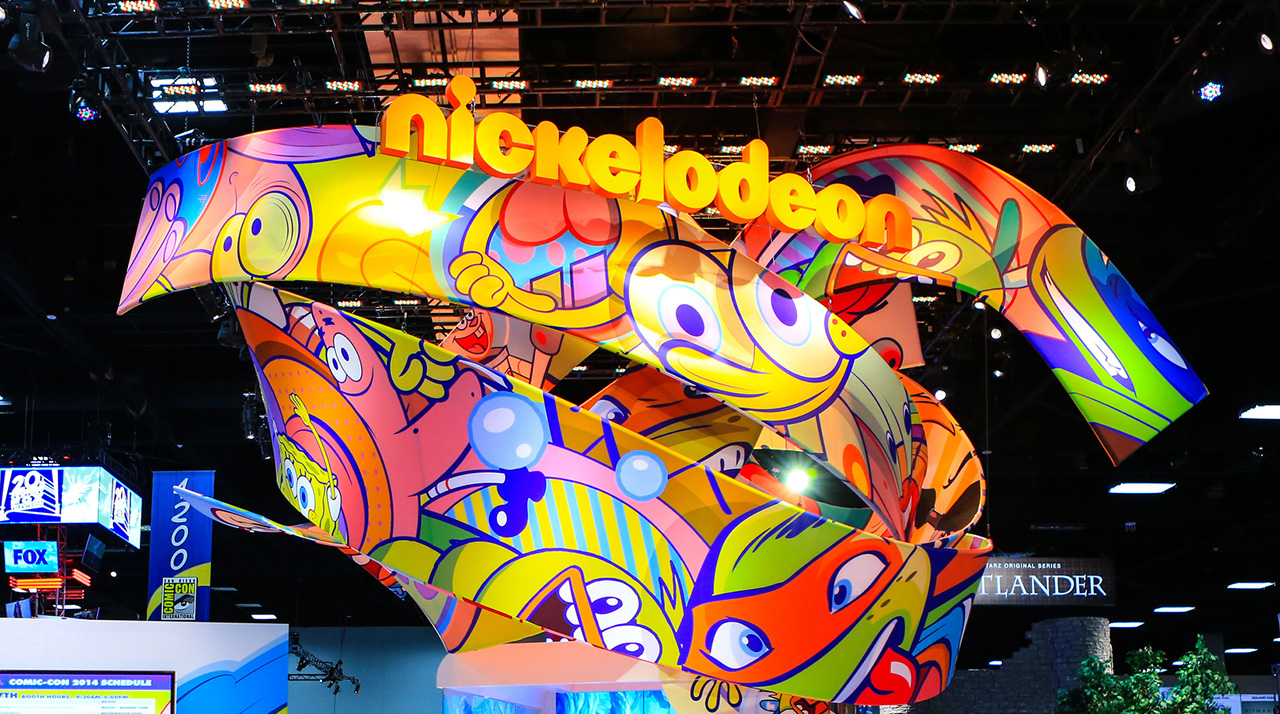 To design, fabricate, produce, and manage a 30×60 branded booth space to bring popular brand properties such as SpongeBob SquarePants, Rugrats, Invader Zim, and The Ren & Stimpy Show to life. Nickelodeon wanted to highlight these properties in an interactive way which encouraged personal fan engagement.

Highlights included a voiceover booth where visitors could record their own scene from a Nickelodeon animated show, an animated GIF booth, a Tumblr fan-art contest (10 to 15 winning pieces showcased within booth), autograph signings, and Meet & Greets with Nickelodeon stars such as Tom Kenny, Sean Astin and Janet Varney as well as beloved character appearances.

Exclusive Comic-Con products were also sold at the booth which were rare and highly coveted. This enabled our booth to not only be an experiential draw for our daily programming, but also a revenue stream as well.